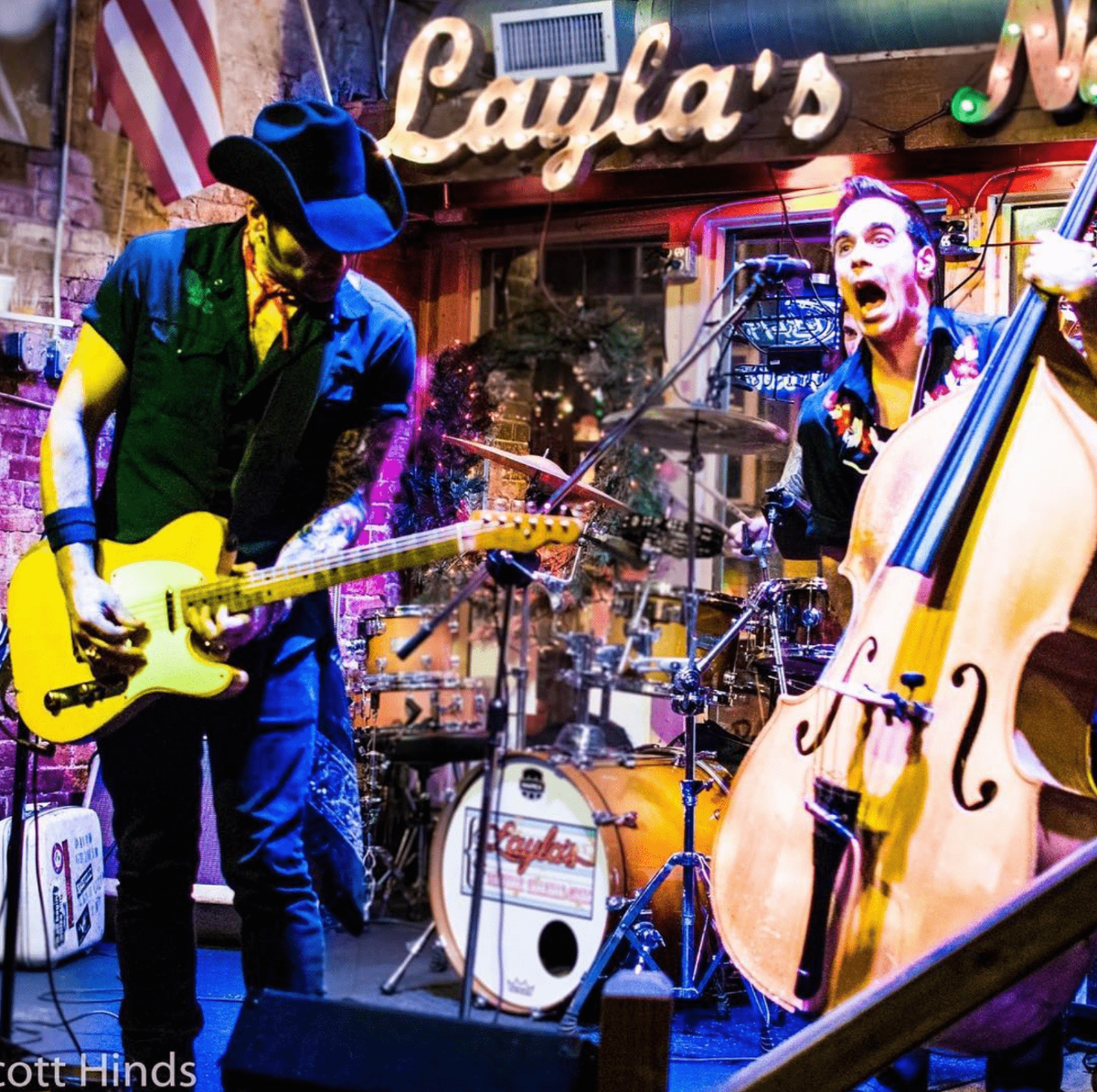 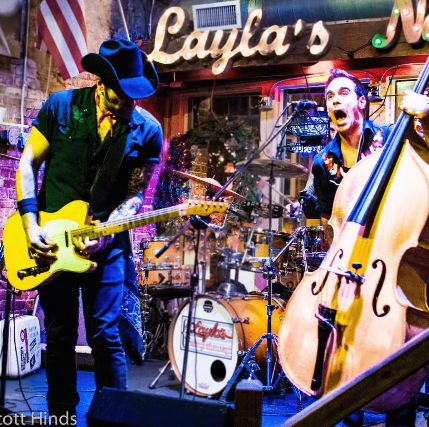 The Eskimo Brothers have become known one of Nashville's can't miss live shows. The honky tonk trio has honed their stage show and sound from nearly 300 shows per year and thousands of gig hours in the Music City honky tonks over the past 8 years. When not playing their usual residencies in Nashville and Memphis, the band tours throughout the United States.
The band's signature raw and rowdy sound appeals to a wide audience, and much of it can be attributed to their own vast influences. Every Eskimo Brothers song has a qualities that are essential to a Country melody and content, but played with the attitude that draws a Rock fan to a genre that they would usually not listen to.
The first and foremost obligation of the Eskimo Brothers since the band's first formation was to make sure every listener and show attendee has a good time through music. Second was sticking to a honest and raucous roots musical formula.  Their wide range of influences in the Classic Country and Rock N' Roll music has given the band a driving tempo with blue collar stories of the road and heartache.
The Eskimo Brothers have been touring extensively throughout the United States in promotion of  their latest album "Hands & Knees" . In the band's latest effort, they have dabbled with a wide range of styles of American roots music to give the listener a ride through a true honky tonk experience by way of  their headphones, car stereo, or any pole barn in the world.
The Eskimo Brothers features David Graham ({Portland, OR)  on guitar and vocals, Bill Van Vleet (Knoxville, TN) on drums, and Mark Robertson (Los Angeles, CA)  on bass and vocals.
Jerry King & the Rivertown Ramblers