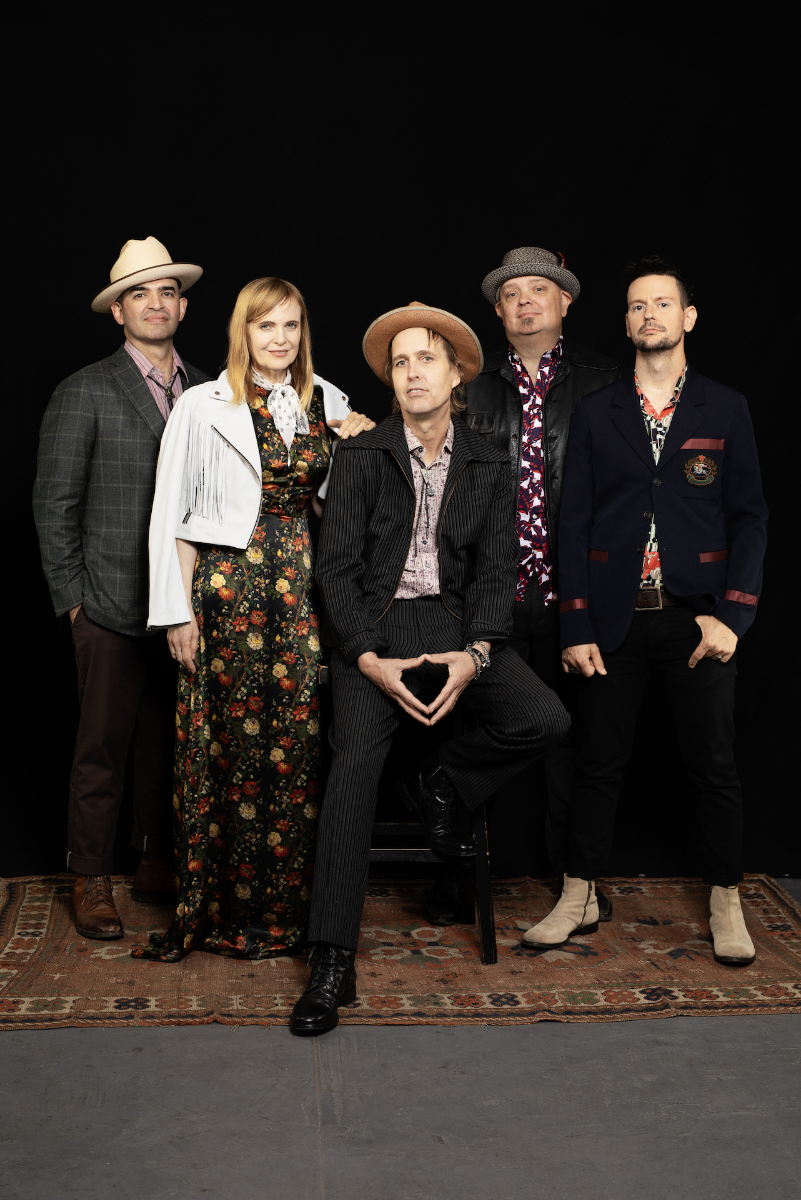 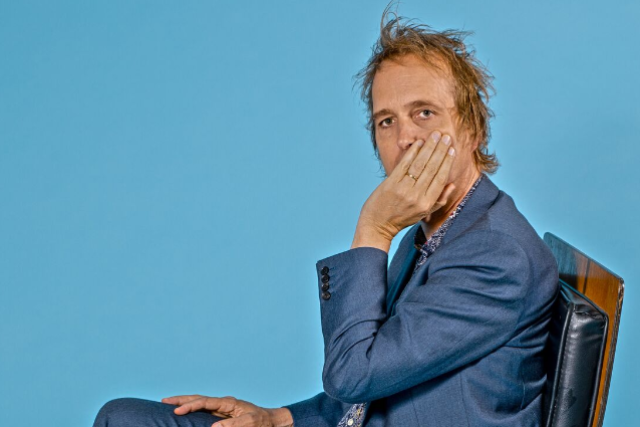 Chuck Prophet describes his new disc BOBBY FULLER DIED FOR YOUR SINS as “California Noir.” He says, “the state has always represented the Golden Dream, and it’s the tension between romance and reality that lurks underneath the surface in all noir films and paperbacks, and that connects these songs. Doomed love, inconsolable loneliness, rags to riches to rags again, and fast-paced violence are always on the menu on the Left Coast.”
Who is Bobby Fuller? He’s the star of the ultimate Rock and Roll Babylon feel-bad story.

The title track came out of an obsession Prophet shares with co-conspirator klipschutz. Prophet explains, “One day we were sitting in my so-called office South of Market listening to LPs, when out of frustration –I picked up a guitar and shouted, ‘I hear that record crackle, the needle skips and jumps!’ and klipschutz shot back, ‘“Bobby Fuller died for your sins!’”
One thing led to another, and ten months later he found himself at the legendary Hyde St. Studios in the heart of the Tenderloin “slaving over a hot two-inch tape machine, cutting tracks with Brad Jones, Paul Q. Kolderie, and Matt Winegar riding herd.” And pumping it all into the echo chamber. No computer in sight and two-inch tape boxes stacked up to the ceiling.

Prophet realizes that the title track makes a heavy claim, and laughs at the suggestion it might shine new light on the mystery long surrounding Bobby Fuller’s early demise. Fuller, who migrated from El Paso to L.A. in the early 1960s, has been described as “a greaser in a world of Beach Boy bangs and Beatle boots, hopelessly out of step with the times.” Found dead in his car at the age of 23, to a devoted coterie of fans, old and new, he’ll always remain the skinny guy singing “I Fought the Law,” on countless teen dance TV shows, and radio playlists. Ruled a suicide, his death has haunted investigators (and biographers Miriam Linna and Randall Fuller) since 1966. “Some resolution would be nice,” Prophet says, “but I run a band, not a Cold Case squad.”
The Mission Express, Prophet’s band, which includes his wife Stephanie Finch, provided the backing. “Talented, difficult people who all played their hearts out. You can hear it,” he says. And recording at Hyde Street – walking distance from his apartment – was a homecoming of sorts. “I did my first session there, in high school no less,” says Prophet. He even dragged out his ’64 Stratocaster, a guitar that Jonathan Richman said sounds, “like gasoline in the sand, like a motorcycle at a hot dog stand.”

Prophet says, “there’s a serious Link Wray jones that you might not hear in here too. But it’s there. Guitars and drums. Rock and roll. I just haven’t found anything that hits me the same way. That two guitar, bass and drums feeling.”

With titles such as “Bad Year for Rock and Roll,” “Post-War Cinematic Dead Man Blues,” “We Got Up and Played, and, “If I Was Connie Britton,” Prophet allows that, “there just might be some songs on this one. John Murry, who is never at a loss for words, says the goal is to make a record you can be proud and unsure of at the same time. Naked and belligerent, but sweetly so… I can’t improve on that.”

“Bad Year for Rock and Roll” is a timely homage to rock greats lost this year, Prophet name-checking David Bowie in the opening lines: “The Thin White Duke took a final bow / there’s one more star in the heavens now…I’m all dressed up in a mohair suit / watching Peter Sellers thinking of you.”

The album closes with the blistering “Alex Nieto,” which Prophet calls “my first protest song. I know you’ve listened to me rant about Twitter and how I believe San Francisco is under siege by techie man-children and billionaires.” But still, he never dreamed he’d be in the middle of a culture war with real bodies. Born and raised in the City, Alex Nieto was on his way to work as a security guard when he ended up with 59 bullets in and around him, all fired by the police. There’s a lot more to the story, and the details are available to anyone who wants to know. The song is a two-chord homage to a good man who should still be alive.
Just one more sign of the apocalypse.