HUMAN IMPACT is comprised of members of The Unsane, Cop Shoot Cop, and Swans.

Formed 15 years ago, art-rock-turned-punk/metal mutants CHILD BITE have forged a unique path through the underground musical landscape. Their current formation, consisting of vocalist Shawn Knight, bassist Sean Clancy and guitarist Jeremy Waun, produce a sound directly informed by legendary pioneers such as Dead Kennedys, The Jesus Lizard, Voivod and Faith No More. Aggressive, anxiety-inducing songs that deftly balance their early-'80s-hardcore-meets-'90s-alt-rock/metal influences while never losing sight of the goal; creating unique, memorable songs. With four full-lengths, countless EPs and a two-disc anthology under their belt, as well as an Albini-engineered 5th LP due late 2019, these Detroit natives show no signs of slowing down. To date, CHILD BITE have played nearly 1000 shows throughout North America, Europe and Australia, including tours supporting renowned artists such as Down, Voivod, Negative Approach, Superjoint, Poison Idea, and Unsane. 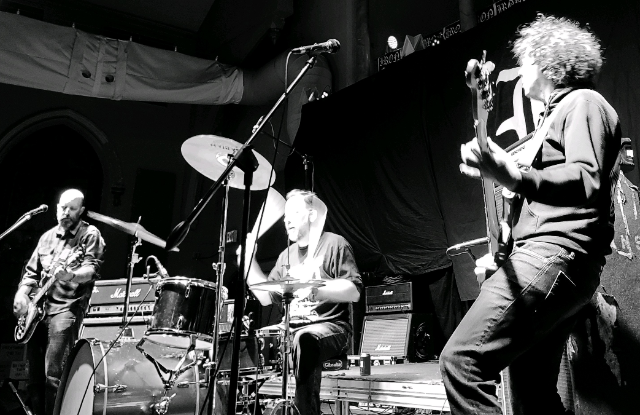