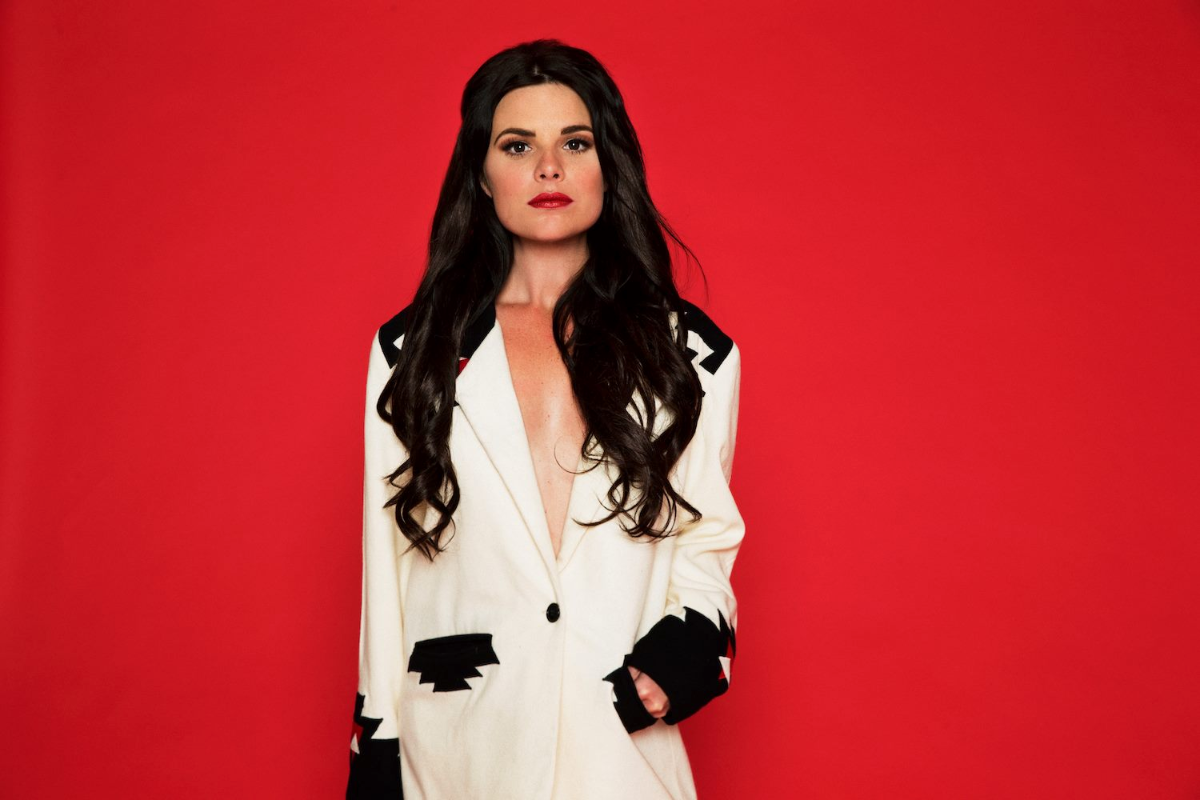 $15.00
"A SULTRY COUNTRY CLASSICIST WITH A TREMBLE IN HER VOICE, WHITNEY ROSE IS PARTIAL TO THE MAGISTERIAL GESTURES OF THE 1950S AND 1960S." – NEW YORK TIMES
"PLAYFULLY CROONS THROUGH TALES OF LOVE AND MISCHIEF WITH GIRLISH BREATH AND DEVILISH TWANG." – ROLLING STONE
"ROSE NAILED THIS CONCOCTION OF JOINING THE PURER SIDES OF POP AND COUNTRY. THE MOST EXCITING PART IS SEEING WHERE SHE GOES NEXT." – AMERICAN SONGWRITER
"WHITNEY ROSE’S VOICE SOUNDS LIKE IT'S COMIN' ON OUT OF A TIME MACHINE IN RCA’S STUDIO B IN NASHVILLE CIRCA 1960. HER SONGWRITING BLENDS VINTAGE R&B AND RETRO COUNTRY." — MAGNET
Whitney Rose 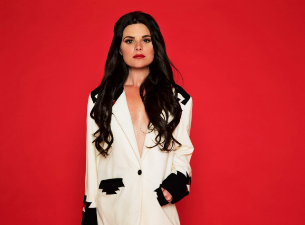 "Even the chief architect, standing in the ruins of her dream, could laugh at herself — and that is the very acme of humility.” —Tradition Four, AA

AUSTIN, Texas – There are many useful rules to live by, but for Whitney Rose, there’s one that stands alone as a guiding principle for life as she knows it: Rule 62. The origin of the rule is best summed up by the poignant, pronoun-adjusted excerpt from Alcoholics Anonymous’ Tradition Four cited above, a treatise on how to find harmony between ambition and self-awareness, and how to learn one’s lessons with humor and humility. This truism, officially worded as “Don’t Take Yourself Too Damn Seriously,” is the origin of both the title and ethos of Whitney Rose’s forthcoming album, Rule 62.

The album is due out on October 6, 2017 on Six Shooter Records through Thirty Tigers.

Rewind to January 2017. Six months ago, Rose was primed to release South Texas Suite, a countrypolitan valentine to Austin, Texas. (Rolling Stone noted that it “bristles with local flavor.”) Days before the EP hit the streets and Rose kicked off a four-month worldwide tour, the burgeoning songwriting force (and “country hair” disciple) packed her boots for Nashville, where she entered BlackBird Studio A to reconvene with the Mavericks’ Raul Malo. In one short week, Rose, Malo and co-producer Niko Bolas channeled the tumult, turbulence and tension outside of the studio into Rose’s sophomore worldwide release, which includes nine self-penned songs. Playful yet uncompromising, Whitney Rose reminds us of popular music’s rich history of strong female voices and perspectives, and on Rule 62, she channels her inner Nancy Sinatra, Bobbie Gentry and Françoise Hardy. Rule 62 finds Rose “breaking up with patriarchy,” a breakup evidenced by new songs that show verve, swagger and self-assurance in Rose’s instinctive sense of tone, broadened scope and attention to detail.

Consider “Can’t Stop Shakin’” in the context of the day it was recorded: January 20, 2017. With Malo on harmonies and rhythm guitars, Kenny Vaughan on lead guitar, and saxophones and organ in the mix, “Can’t Stop Shakin’” was originally written as an anti-anxiety treatment in Memphis soul dance party form. Against an ominous political backdrop, the song now reverberates with an undercurrent of uncertainty and anger that reframes the self-calming shimmy as an act of protest. “’Can't Stop Shakin’ started out as something I would sing to calm myself down.” Rose says. “We recorded that song on Inauguration day and you could physically feel the divide between the public and the unrest in the air. I was in the studio that week every day for twelve hours on average, so realized my contribution was going to have to take place within the walls of Blackbird. So the song that started as a personal anthem got a rewrite that day.”

Rule 62’s “breakup” theme can be felt in songs like “Arizona” and “Time to Cry,” two fiery, merciless tunes that show Rose at the end of her rope with the manipulation and discrimination of women in the music business and beyond. “For reasons unbeknownst to me at the time, I started writing all these “breakup” songs that were mostly angry. I wasn’t sure where all these feelings were coming from until one day it hit me like a ton of bricks that I was penning these songs to society,” she observes. These sharp-tongued send-offs come with a good dose of humor, and the result is a reassuring sense that Rose isn’t letting anything grind her down.

Rose’s rising resilience underpins the message of “Better to My Baby,” a standout song that puts into practice the spirit and the letter of the album title. A tuneful take on moving on, the song is a measured spin on the traditional volatility of regret and jealousy that accompanies the end of a relationship. “Better To My Baby” also showcases Rose’s adept handling of ’60s pop conventions in its proud girl group nods: tinkling piano, buoyant harmonies and rueful romanticism.

Rule 62 is Rose’s second release of 2017, and sees the songwriter’s increased output matched by increased distinction. With so much touring now under the tires, it’s no surprise that Rose’s best work yet often explores her journeywoman’s experience. “Meet Me in Wyoming” and “Trucker’s Funeral” are emblematic of Rose’s clever study of the musician-as-trucker analogy. “Trucker’s Funeral,” a Dolly-caliber yarn with a stranger-than-fiction twist, is in fact a true story: “I had a meeting at Bank of America here in Austin last year and when the meeting was over the teller told me about going to his grandfather’s funeral here in Texas,” Rose recounts. “He found out he had a full second family on the West Coast. His grandfather was a trucker and always on the road, so neither family had any idea. As he was telling me this story, I was jotting down lyrics on my banking papers because it was just too intriguing an experience not be made into a song.”

Rule 62 boasts the first-class musicianship and studio instincts of collaborator and producer Raul Malo. The comfort and familiarity between the two made for a seamless return to the studio, this time with the added ear of Niko Bolas as co-producer. “Niko brought a lot to the table in the studio (when he wasn't sitting at his table at Waffle House). It allowed Raul to step down from the producer role from time to time and be a part of the band. That man can play and sing. One of my favorite parts of the album is the guitar solo on ‘You Never Cross My Mind’ — that's all Raul,” Rose observes appreciatively. Other musicians in the studio included Paul Deakin (The Mavericks) on drums, Jay Weaver (Dolly Parton, Tanya Tucker, The Mavericks) on bass; Jen Gunderman (Sheryl Crow) on piano; Chris Scruggs (Marty Stuart) on steel; Aaron Till (Asleep at the Wheel) on the fiddle; and Kenny Vaughn (Marty Stuart, Lucinda Williams) on lead guitar.

Rule 62. Don’t Take Yourself Too Damn Seriously. It’s the only rule that Whitney Rose needs to keep going. 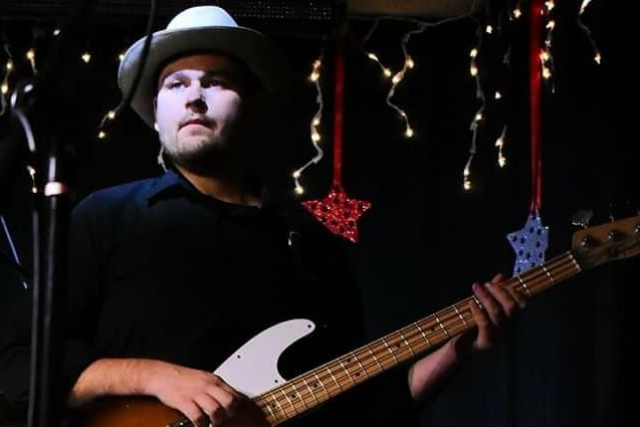