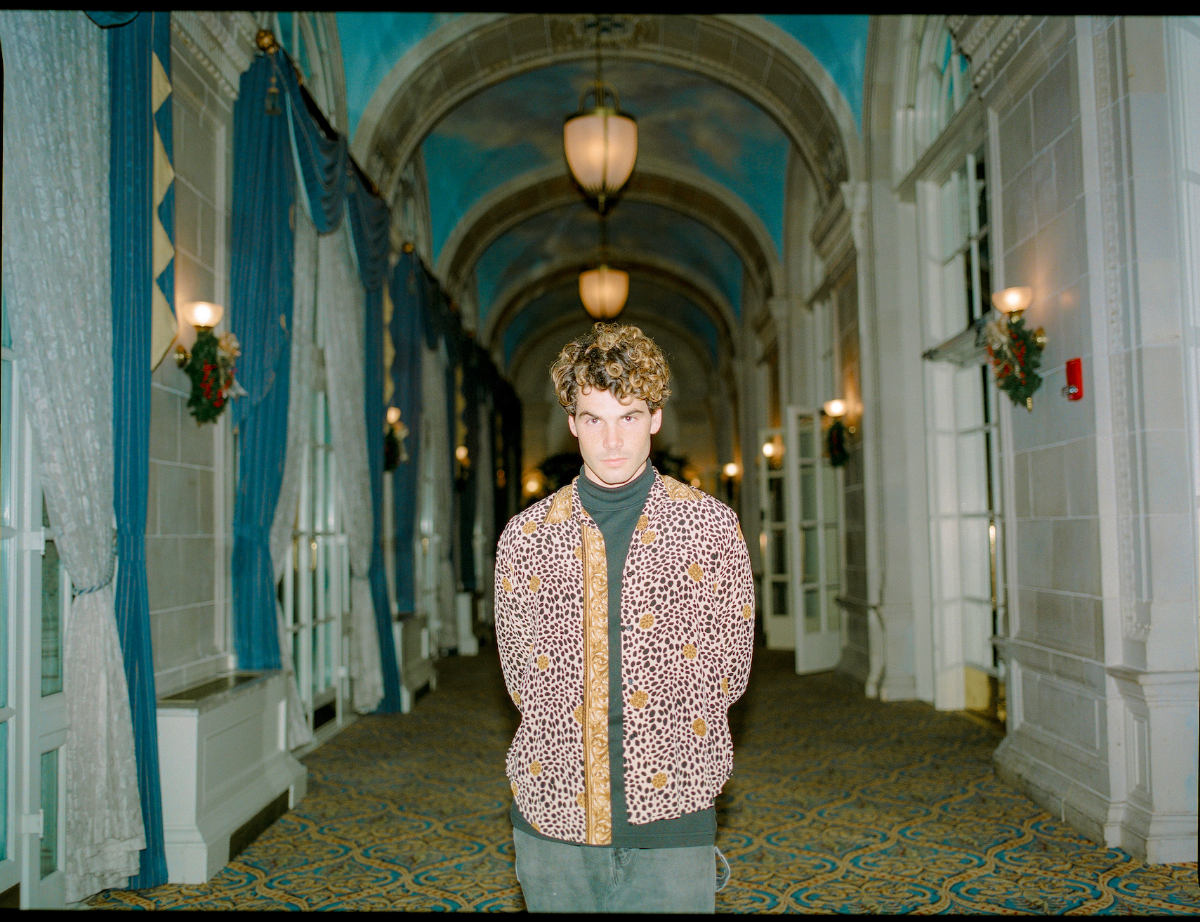 $12.00
Buy Tickets
William Wild’s 2020 LP, Push Ups [Sony Music Masterworks], diverges from his previous work in an expansive way. William Wild, the moniker of Tennessee-based artist Garrett Sale, delivers Push Ups as a sonic and thematic contemplation of identity and morality, as intimate and personal as it is dynamic and progressive. Marking a pivotal moment in his career, the release is a momentous production and lyrical step for Sale, partly drawn from a period of life marred by existential crisis and the sensationalized perception that often coincides with hallucinogenic exploration. “The record is less a chronological journey than an emotional map,” Sale explains. “There are moments of purity and naïveté. There are moments of full emotional chaos. There are moments of apathy.” The subtle folk textures juxtaposed with gripping electronic, alternative elements encompass the transient peaks and valleys inherent to a cycle of crisis and reconstruction. “I encountered my mortality: the death of who I thought I was and who I lived my life as. The record is sort of me trying to figure out what it is I have to say. The songs are glimpses into manic behavior, extreme highs and lows.” Since William Wild’s first release in 2014, he has quietly gathered a devoted following— evidenced by the reception of his 2016 EP Steady Now—demonstrating with each release Sale’s progressive maturity and tactful savvy as a producer and songwriter. The single “Morning” surpassed 12 million Spotify streams to date and takes up real estate on playlists such as Roots Rising, Fresh Folk, and more. In addition to praise from American Songwriter, No Depression claimed, “If Dan Fogelberg, Neil Young, and Harry Chapin put their musical genes together to create a musician in their image, they would have come up with Garrett Sale.” Songs from Steady Now also reached the screen with high-profile film and television syncs in Yellowstone, Brittany Runs a Marathon, and Wind River. On the heels of Steady Now’s success and holed up “in a cheap rental house,” Sale struggled to write and record in 2017, his momentum offset by a series of difficulties and tragedy. “Eighty percent of the time, there was no inspiration, or I would slip off into a really weird spot where I was trying to write,” he explains, “but it wasn’t working.” After nearly a year of struggling with the album, a tragic drive-by shooting that left his next-door neighbor murdered on his front lawn finally convinced him to make a change. By December 2018, Sale had moved out and constructed a new studio. “Getting in the new studio was like shaking off the last couple of years,” he elaborates. “There were some growing pains. I completely flipped my world view. When I finally got settled, I had a sketch of every single track. And I was basically like, ‘the only way I’m going to get through this project is to just finish it.’” “In hindsight, it’s what I should’ve done the whole time,” he concedes, “finish the music.” He preceded Push Ups with the single “Hard Lines, Hard Times” in 2019. However, the 2020 single “All My Life” hints at the scope of his overarching vision for the record. Led by the swells and hums of a Fender Rhodes, chords ring out between the beats of a WWII-era marching drum—“bought from an ex-cop on Craigslist”—and a gospel-like choir of synths. The simple chord progression underscores a potent and riveting delivery
William Wild