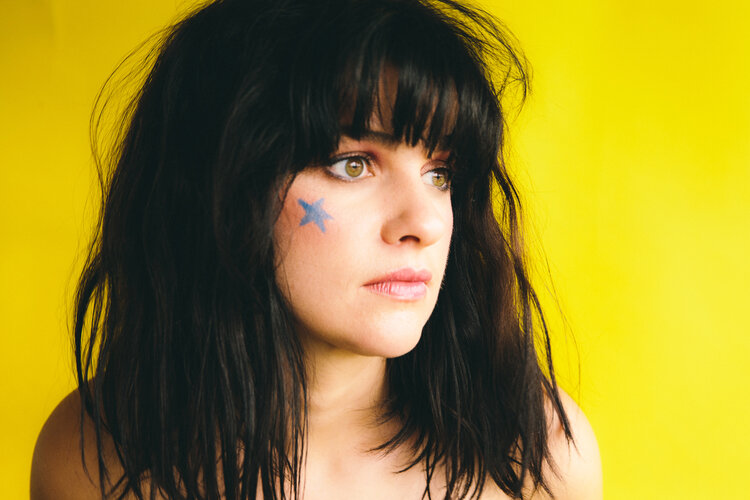 With her 2017 debut Shame, Americana songwriter and multi-instrumentalist Rachel Baiman emerged as a fearless voice of the American female experience. “Shame” was featured on NPR’s “Songs We Love”, called a “Rootsy Wake-up Call” by Folk Alley, and described by Vice’s “Noisey” as “flipping off authority one song at a time.” On her new full-length album Cycles, Baiman has found a grittier musical medium for her signature unabashed and defiant songwriting, employing a majority-female team including co-producer Olivia Hally, known as the front woman of Indie-pop band Oh Pep!
Cycles is a collection of songs encompassing the many ways that we destroy and rebuild as people, as families, and as a country. Songs about the cycle of life inspired by the birth of a nephew and the loss of a grandmother, songs about internal mental cycles of ambition and self-doubt, the cycle of progress and regression in our country’s political journey, and the cycles of growth and reinvention that relationships take on.  At times heartbreaking, at times celebratory, the album is a reflection of a lot of life experienced in a relatively short amount of time, a desire to hold fast to the people we love in the wake of so much uncertainty, and an exploration of the immense and unique strength of women in the face of adversity.
Originally from Chicago, Baiman moved to Nashville at eighteen, and has spent the last decade working as a musician in a wide variety of roles, from session musician (Molly Tuttle, Kelsey Waldon, Caroline Spence), to live sidewoman (Kacey Musgraves, Amy Ray), to bandmate and producer. Fiddle music was her first love, and she is known in the bluegrass and old time world for her work with progressive acoustic duo 10 String Symphony with fiddle player Christian Sedelmyer. Her first solo album Shame, was produced by Andrew Marlin of Mandolin Orange, and established her role as part of a new generation of political songwriters. Since 2017, Baiman has toured her solo project internationally with appearances at the Kilkenny Roots Festival in Ireland, the Mullum Music Festival in Australia, and the Kennedy Center Millenium Stage in Washington, DC.  She has also released a variety of small scale projects; her 2018 Free Dirt EP Thanksgiving, which read as a sort of epilogue to Shame, a duet project with singer Mike Wheeler, which is a more stripped down nod to her acoustic roots, and a 2020 single, Wrong Way Round, which shows more sonic experimentation and hints at musical direction of Cycles. 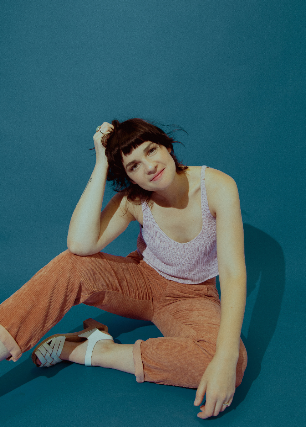 In many ways, Shame, the new album from 27-year-old Nashville Americana songwriter and multi-instrumentalist Rachel Baiman, is an exploration of growing up female in America. “I wasn’t necessarily trying to write songs that would be easy to listen to,” Baiman says of the project, “I wanted to write about reality, in all of it’s terror and beauty.” From the title track about abortion politics, to love, sex, and abuse in relationships, to classism and inequality in her re-write of Andy Irvine’s working class anthem “Never Tire of the Road,” the album is ambitious in its scope, yet remains cohesive through Baiman’s personal perspective. Despite the serious subject matter, the overall feeling of the album remains light, with the tongue-in-cheek “Getting Ready to Start (Getting Ready)” and feel-good anthem “Let them Go To Heaven.” A departure from her stripped-down work with progressive folk duo 10 String Symphony, Shame is lush and varied in instrumentation and musical texture.

Inspired in equal parts by John Hartford and Courtney Barnett, Baiman’s influences span a wide range, but years spent playing traditional music shine through in the album’s firmly rooted sound. For recording and production, Baiman turned to the talents of Mandolin Orange’s Andrew Marlin. “At the time that I was writing the music for this record, I was listening to all North Carolina-made albums, including Mandolin Orange and the album Andrew produced for Josh Oliver (Oliver is also featured heavily on Shame).” Shortly after reaching out to Marlin, Baiman traveled to Chapel Hill, NC for three intensive days in the studio. “The energy was amazing,” Baiman says. “It became clear that we were making something really special that needed to be finished.”

Added to the musical intensity was the context of the material they were recording—namely, how the songwriting on Shame sits within the current American political climate. “I think what is happening in the country right now has really shifted my career priorities, and brought the folk music community together. We are all suddenly seeing our purpose come into focus, and feeling a renewed responsibility to be a voice of unity and resistance.” In addition to the release of her new solo album, Baiman is the co-founder of a new political group called Folk Fights Back, a musician-led national organization that puts together benefit concerts and awareness events in response to the Trump administration.

Baiman is no newcomer to activism. Raised in Chicago by a radical economist and a social worker, she was surrounded by social justice issues her entire life. “If I wanted to rebel against my parents I could have become a finance banker or a corporate lawyer” she says of her childhood. While her classmates went to church or temple on Sunday mornings, Baiman attended the Ethical Humanist Society of Greater Chicago, a non-religious community formed around discussions of morality and current events. “That was always a tough one to explain at school” she says with a laugh.

As a teenager, Baiman found music to be a welcome escape from worrying about global politics. “I often found the constant discussion of seemingly unsolvable problems to be intense and overwhelming, and when I moved to Nashville to pursue music it felt like something positive, beautiful and productive that I could put into the world. Now that I’ve had some years to devote to music,”—Baiman has been recording and touring internationally for the past 4 years with 10 String Symphony, and has played fiddle for numerous other artists including Kacey Musgraves and Winnipeg folk band Oh My Darling—“I find it hard to escape from the values that I grew up with, and I feel compelled to write politically, to speak out about things that I’ve experienced or seen. Songwriting is a unique opportunity to do that, because it avails a more emotional vehicle for discussion. I love the political tradition of folk music, from Woody Guthrie to Tupac, and my hope is that this record adds another voice to it.”
Pierce Edens