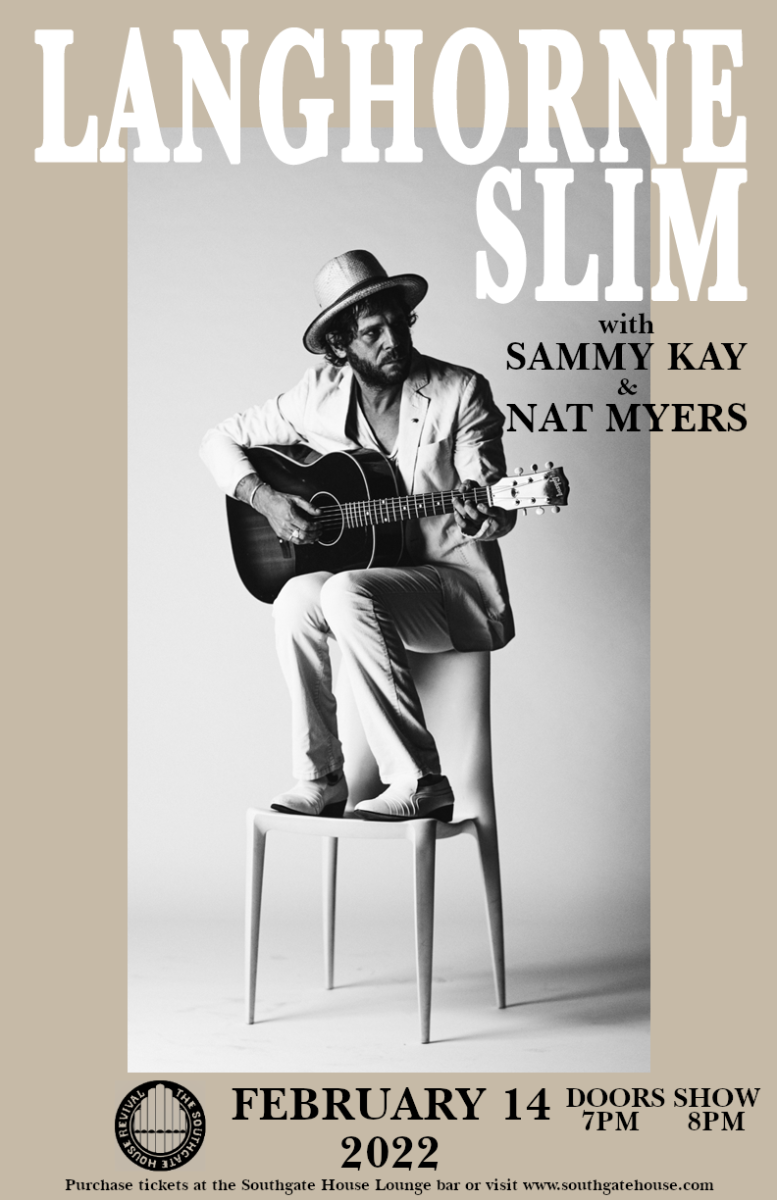 $20.00
Buy Tickets
In accordance with CDC guidelines, and so that we may all enjoy live music, masks are strongly recommended when attending events at SGHR. COVID protocols will be in place.

This very special, intimate show will be performed solo. All artist pre-sale tickets are seated.

Langhorne Slim didn't write a song for more than a year. A battle with clinical anxiety disorder and prescription drug abuse, which came to a head in 2019, had dimmed the light within. The man who once seemed to ooze spontaneity was now creatively adrift, stumbling along in the fog.

In December, he entered a program and, for the first time in a long time, a path toward healing began to emerge. He began to see that inner peace was possible, even with the world outside raging.

A few months later, in February, a tornado came and decimated East Nashville, his adopted hometown. Covid-19 took root just days later, changing lives forever. In the early days of his recovery, a different reality was beginning to take shape, both within and without. New worlds were being born; old worlds were dying.

Knowing he was struggling to write songs and make sense of it all, Slim was finally able to flesh out a throwaway ditty one afternoon. His close friend Mike then suggested he try penning a song a day. Slim didn't like the idea, but he gave it a shot.

To his surprise, the songs came. In a flurry of stream-of-consciousness writing, the new tunes tumbled out, one after another, like little starbursts of joy, gifts from the gods you might say. Slim was tuning out the noise and finding beauty in the madness of a world coming undone. Over the course of a couple of months from March to May, Slim penned more than twenty that were certified keepers. Out of this bumper crop came the songs that make up his new album, Strawberry Mansion, which is being released this winter on Dualtone Records.
Langhorne Slim