Please ensure Javascript is enabled for purposes of website accessibility
The Dollyrots, The Von Tramps
The Southgate House Revival - Sanctuary
All Ages 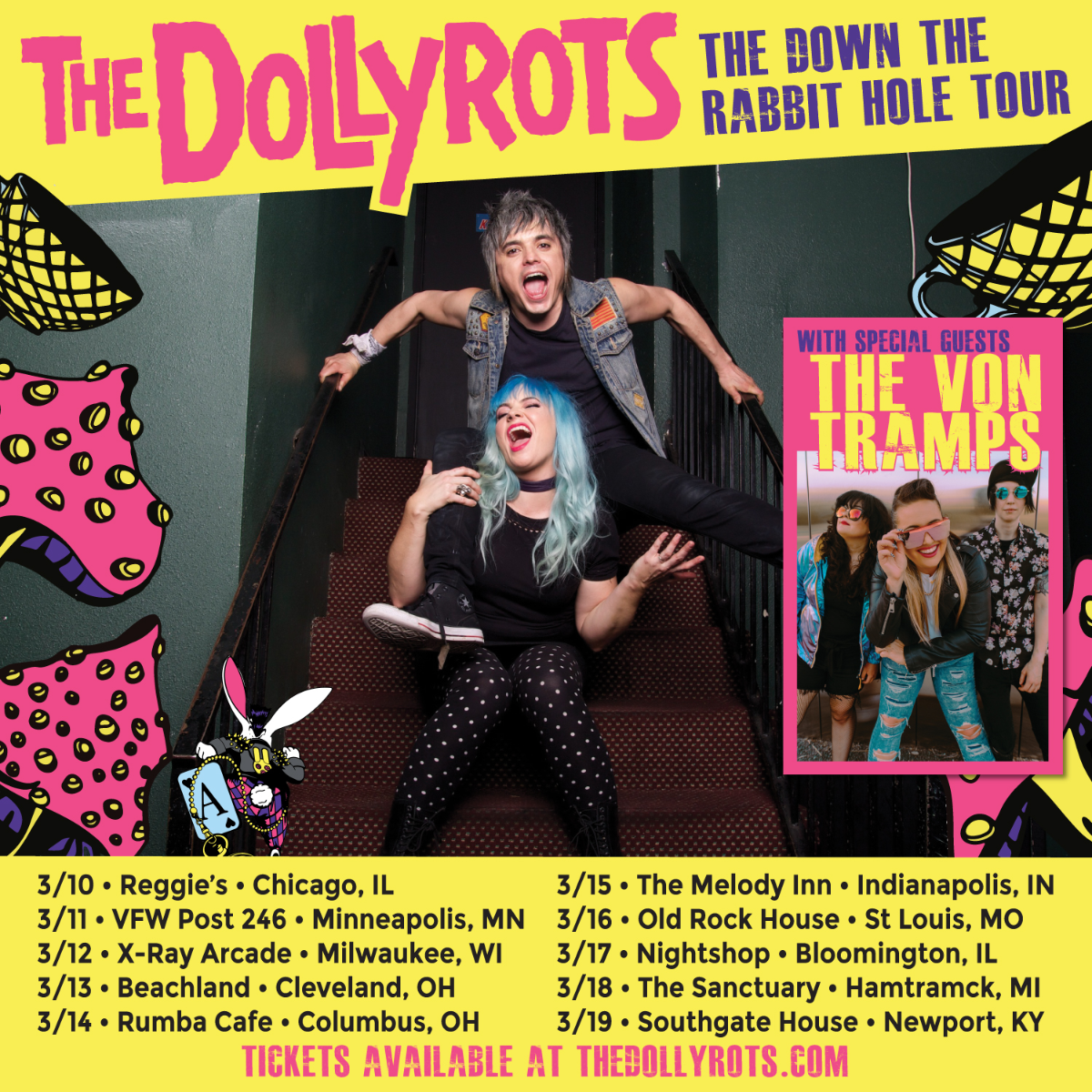 $18 adv, $20 dos
Buy Tickets
In accordance with CDC guidelines, and so that we may all enjoy live music, masks are strongly recommended when attending events at SGHR
The Dollyrots 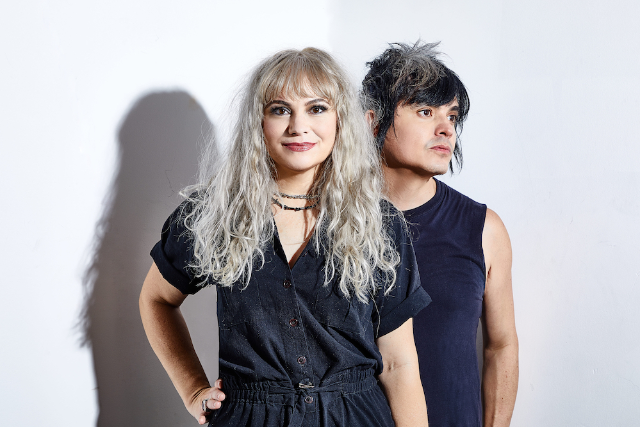 The Dollyrots are a Los Angeles, California based pop punk band comprised of Kelly Ogden (vocals/bass) and Luis Cabezas (guitar/vocals). Since their formation 18 years ago the husband and wife duo has played over a thousand shows in the US and Europe, shared the stage with many of their idols, and released six studio albums along with several EPs, singles, splits, and a live concert film. Their last 3 albums have peaked in the Top 20 of the Billboard Heatseeker’s chart, earning heavy rotation on Sirius/XM radio and followed releases on Lookout Records & Joan Jett's Blackheart Records.

What started as a hobby for New College of Florida students (and childhood friends) Kelly Ogden (bass/vocals) and Luis Cabezas (guitar) became a career when Ogden and Cabezas decided to make their band, the Dollyrots, a full-time gig in 2001. The duo set off on a road trip to find a new home for the group and settled in Los Angeles in 2002; once there, the pair set about honing a pop-punk sound inspired by the Ramones, the Pixies, the Sex Pistols, and Green Day. Two years later, the band signed with Lookout!/Panic Button Records and released Eat My Heart Out. While performing on the Vans Warped Tour in 2006, the bandmembers met Joan Jett, who was so taken by the Dollyrots that she offered them a spot on her Blackheart Records label roster.

The Dollyrots' second album Because I'm Awesome debuted on Blackheart in 2007. A year later they recorded a version of Jett's song "Bad Reputation" for the soundtrack to the film Endless Bummer, followed up three years later with the slickly produced A Little Messed Up. The Dollyrots left Blackheart after that, releasing an EP on their own Arrested Youth label. For their next project, the group turned to crowd-funding site Kickstarter, launching a wildly successful campaign that yielded 2012's The Dollyrots. Working again with co-producer John Fields, the independently released set featured Ogden and Cabezas firmly in charge for the first time in their career as they played all the instruments (save for a few parts done by producer Fields) and had final say over all facets of the process. By this point the Dollyrots had gone through a number of different drummers and generally operated as duo with guest musicians in the studio and on their various tours. Their 2014 release, Barefoot and Pregnant, was recorded during Ogden's pregnancy and was subsequently followed by the birth of the couple's first child. The album fared well critically and reached number seven on Billboard's Heatseekers chart. The all-acoustic Love Songs, Werewolves, and Zombies was released digitally in 2013 to the band's PledgeMusic supporters, and received a public release the following year.

The Dollyrots continued to successfully fund their projects via the crowd-funding platform PledgeMusic and in 2016, they released their first concert album, the ambitious, double-disc/DVD set Family Vacation: Live in Los Angeles. That same year also saw the release of the three-song EP Mama's Gonna Knock You Out. The end of the year saw them working on two new projects, another kid and their next album. The couple's baby girl was born in November and the John Fields-produced Whiplash Splash was released in early 2017. Their most recent release, a 7-inch single titled Get Radical, was released on Little Steven Van Zandt’s Wicked Cool Records. The band is currently recording their 7th studio album, set for a Summer 2019 release. The “Party Time Excellent Tour” will feature the band playing new material from the upcoming LP for the very first time while bringing their two kids along for the adventure.