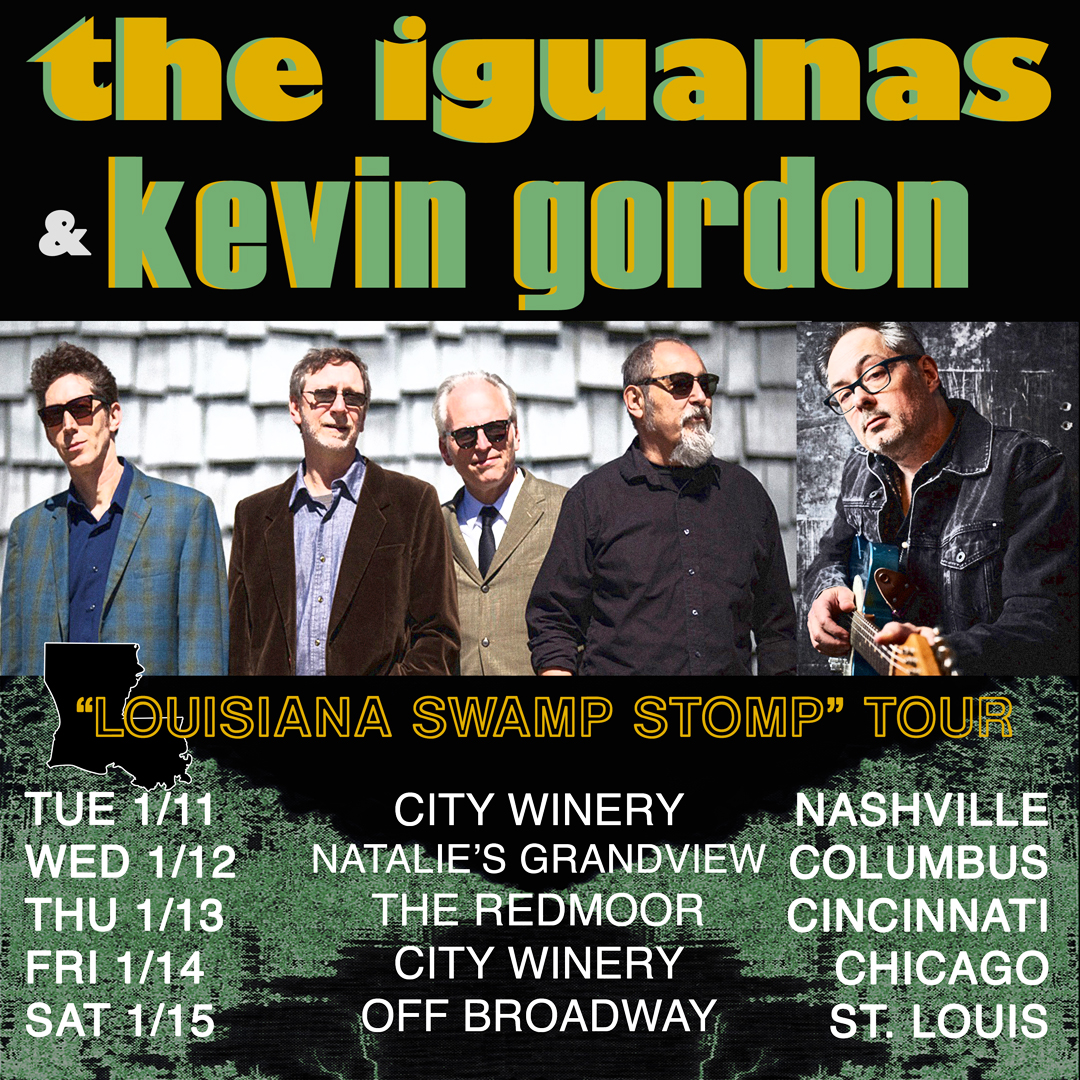 PROOF OF COVID VACCINATION OR A NEGATIVE COVID TEST RESULT WITHIN 48 HOURS OF THE SHOW DATE WILL BE REQUIRED FOR ADMITTANCE TO THIS EVENT.

What if Americana actually encompassed ALL of North America? You'd have the Franco-Acadian inflections of Canada, as best exemplified by le accordion, blues and jazz, the only truly indigenous musics the US has ever produced, and the lilting grace and fiery passion of the music of Mexico. You'd also have New Orleans' premiere distillers of this continental musical melange, The Iguanas, and their new album Juarez.

Taking their cues from all of the above influences and then some, Juarez, the band's first studio album since 2012's Sin to Sin, redefines the notion of Americana, crossing cultures, styles, eras… and even languages. It's as if Rue Bourbon, Muscle Shoals and Plaza México were all within earshot of each other and The Iguanas were the musical conduit between them.

Based out of New Orleans for the past couple of decades -- save for a short, Katrina-imposed exile in Austin — the members of the Iguanas have (collectively or individually) played or recorded with everyone from Charlie Rich, Alex Chilton, and Willie DeVille to Emmylou Harris, Allen Toussaint, and Pretty Lights. Their two-decade ride has taken them all over the map musically and geographically, yet the inescapable patina of their hometown infuses every note they play.

Through eight studio albums, countless tours and Jazz Fest appearances, and a flood that did its best to take their adopted city with it, it's a testament to the band's endurance that the same four guys that started playing in the early 1990s are still together. Joe Cabral is philosophical about the bandʼs persistence in the face of challenges that would have felled — indeed have felled — lesser bands. “First of all, this is all we know how to do; weʼre musicians. But more than that,” he continues, “we respect the power of the band as an entity, and each individual in the band steps up to play his part. When itʼs good, thatʼs really what itʼs all about.”

Kevin Gordon’s Louisiana is a strange place. It’s a place where restless teens road trip to where the highway dead-ends at the Gulf of Mexico; a place where prisoners who are in for life compete in a rodeo while the town watches; where a character can get lost in the humid afternoon and where religion may not signify hope; and where rivers, never far away, carry secrets behind levees.

Before you even hear his vivid lyrics, you start feeling the sound of that ’56 Gibson ES-
125 tuned down to open D, often with the tremolo flowing like a river, and an
unstoppable groove distilled from swamp blues and Sun Records.