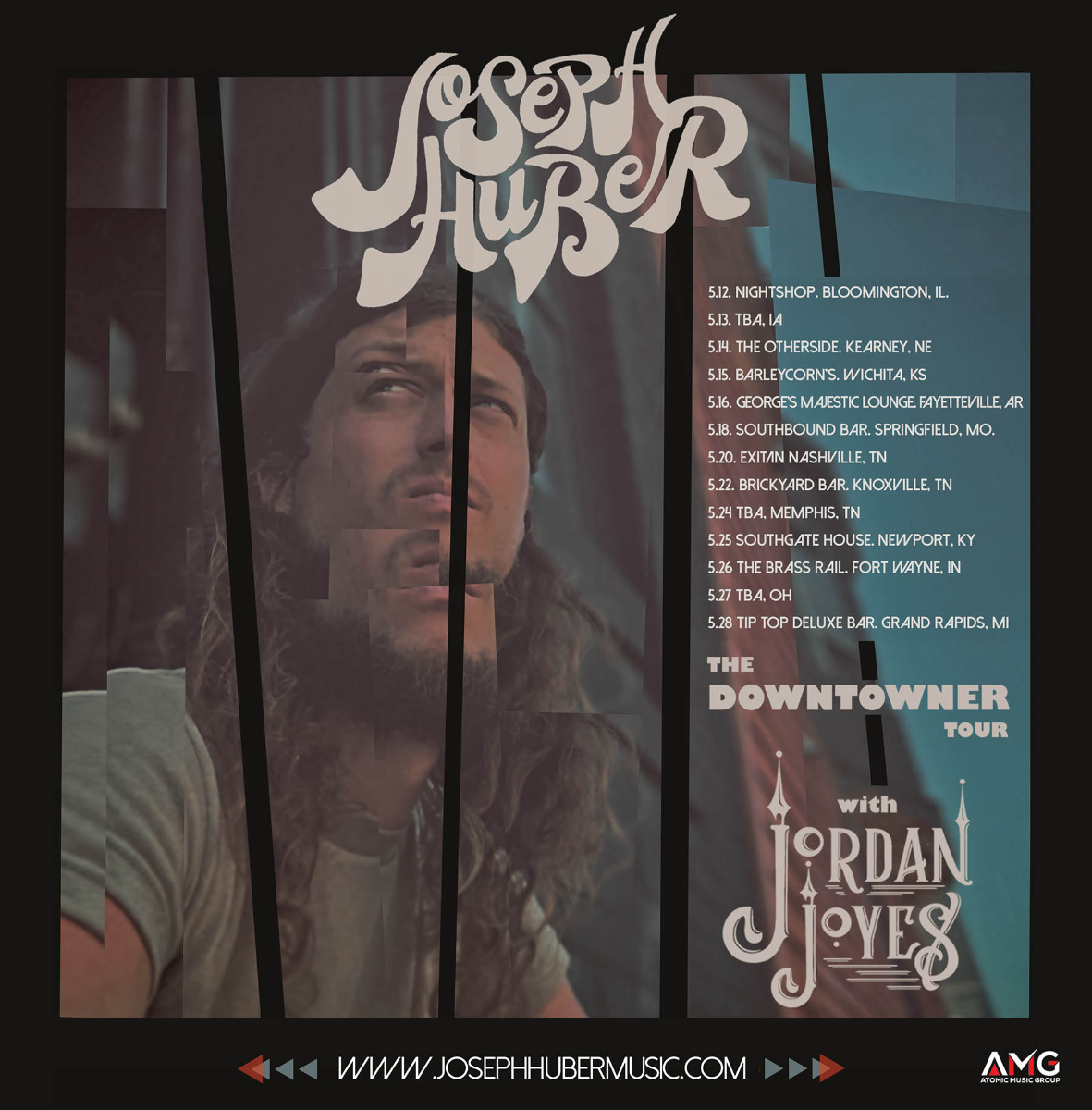 $15 adv/$20 dos
In accordance with CDC guidelines, and so that we may all enjoy live music, masks are strongly recommended when attending events at SGHR. COVID protocols will be in place.

Joseph Huber hails from the state of Wisconsin, and seems to bring forth the varied voices of whatever it may be that lies dormant within either the fertile soil or the callous concrete of that world. It has been said, "You don’t just like Joseph Huber’s music. You feel it’s something that the rest of the world needs to hear, and how criminal it is that it isn’t spreading far and wide." That sentiment could be related to the fact that the voices which Huber unearths are subtle and take more than a hurried listen to truly absorb. A person who appears reserved and matter-of-fact in everyday speech brings forth songs that are anything but that.

As the singer, songwriter, performer, recorder and producer of all of his own material, Huber has his hands full, but never seems to miss a beat. And his own 'solo' material has now certainly surpassed the output of his past efforts, both in volume and substance. As one of the founding member of the .357 String Band--a group that would probably fit better in today's 'Americana-saturated' environment than in the early to middle aughts--he's gradually honed a sound that seems to fill a very real gap within the still-emerging genre. Having progressed, Huber continues moving onward and upward captivating folks with his sincere and well-crafted songs under his own name along with the impeccable musicianship of his fellow touring partners. Whether it's irresistible, fiddle-driven, dancing tunes or honest, heart-wrenching "songwriter" songs, Huber's songs and shows spans the spectrum of 'Roots' music while preferring not to stay within the boundaries of any strict genre classification.
Joseph Huber 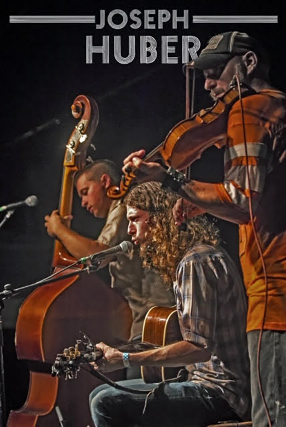 Singer/Songwriter/Multi-Instrumentalist Joseph Huber was a founding member of the .357 String Band--a group that, despite its abrupt break-up, still continues to gain popularity and is known as one of the most influential groups in the recent insurgent underground country and bluegrass movement. Having moved from .357, Huber has honed his songwriting abilities immensely and now continues moving onward and upward captivating folks with his sincere and well-crafted songs under his own name and with his backing band. Whether it's irresistible, fiddle-driven, dancing tunes or honest, heart-wrenching "songwriter" songs, Huber spans the spectrum of 'Roots' music while preferring not to stay within the boundaries of any strict genre classification.

His lyricism and introspective writing style has received high acclaim from many Americana enthusiasts looking for a more substantive substitute to much of today's modern country. Maintaining a solid touring schedule, playing all throughout both the U.S. and all around Europe, Huber continues to gain positive press, including being listed on L.A. Weekly's '10 More Country Artists To Listen To (2014).' Blue Ridge Outdoor writes, “Songwriters like Townes Van Zandt, Chris Smither, and John Prine can marvel listeners in the simplest of acoustic settings,...From time to time, I stumble upon a new singer/songwriter whose work warrants comparison to the luminaries on this list. ...Huber’s songwriting has me comparing him to my favorites above.”

Huber's 4th solo release, 'The Suffering Stage' is a shift both in writing style and in it's filled-out production style, which looks beyond his usual minimalist folk recordings. It features many of Milwaukee's best players, such as Ryan Knudson on pedal steel; Dustin Dobernig on keys; Andrew Koenig on electric guitar; as well as his long-time touring band members--Jason Loveall on fiddle; and Eston Bennett on bass. It follows his early self-released material--'Bury Me Where I Fall' (2010) and 'Tongues Of Fire' (2012)--and  his 3rd album, 'The Hanging Road,' which was released under Nashville's 'Muddy Roots Recordings' label in Spring 2014. 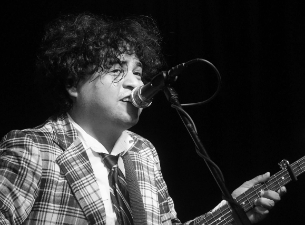 Alex Salcido of The Harmed Brothers