Santahain II: The Christmasing
The Southgate House Revival - Sanctuary
Ages 18 and Up 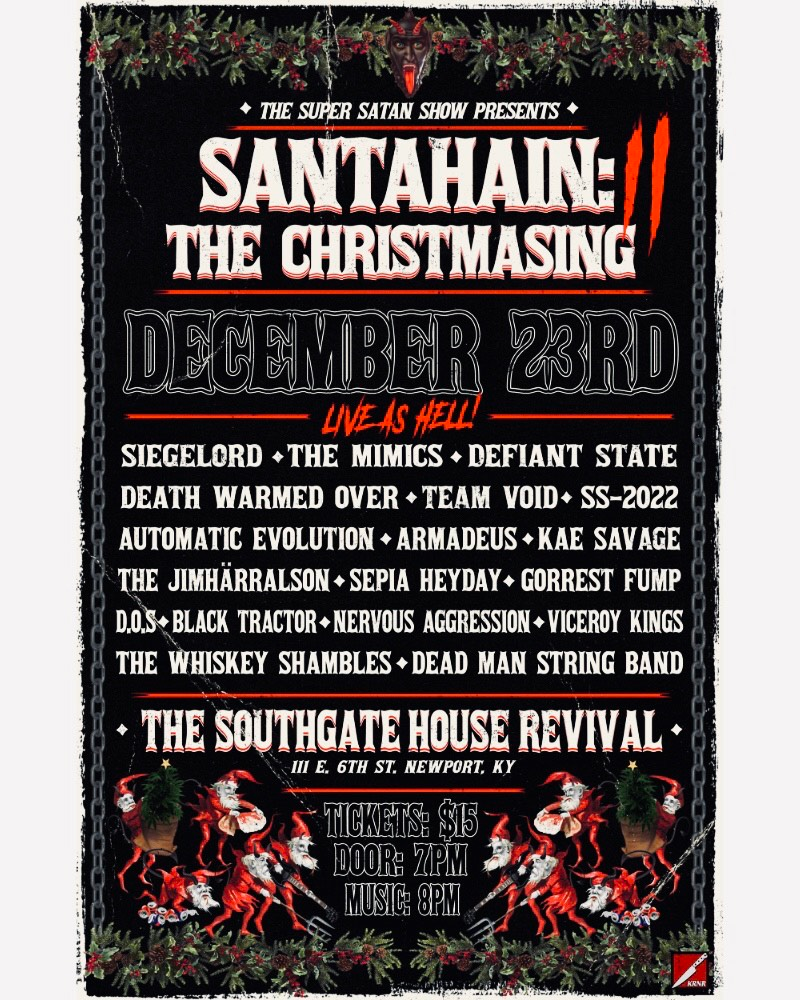 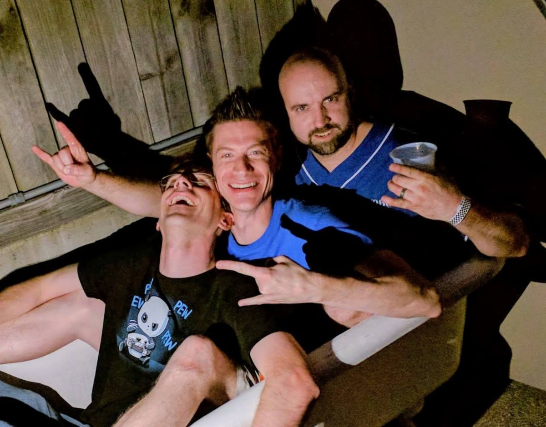 The Mimics
"Hailing from Cincinnati, OH, The Mimics took the style of 90's surf rock revival scene, added a hint of metal's ferocity with just a dash punk rock's energy and created their take on Instrumental Surf Rock!
Now after many years, The Mimics have finally released their first studio album for general human consumption. While FDA approval may still be outstanding, all test subjects showed no signs of harmful reactions.”
Defiant State 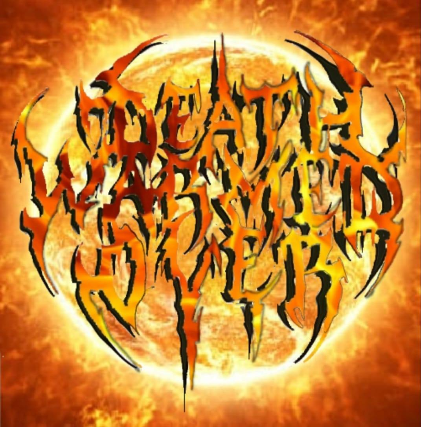 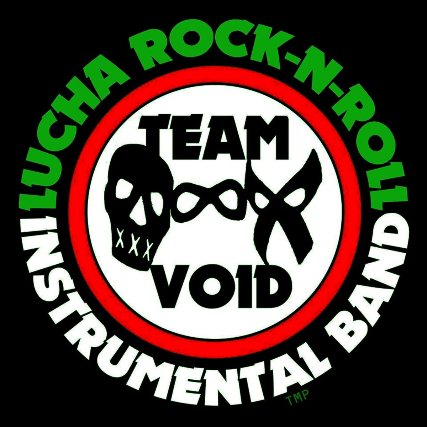 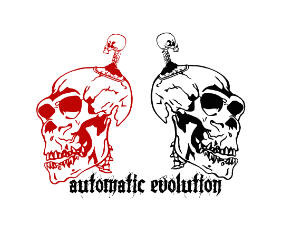 Automatic Evolution is an Industrial/Metal band from Cincinnati, Ohio. You will hear intricate chord progressions in between blast beats, and time signature changes to wake you up hear, and there.This is not your typical metal band. Enjoy the melodic side of things, but when the metal comes out, you won't know what hit you. Evolved in 2013, are booking strong, and pushing for more out of town shows. We hope to see you in your hometown soon. 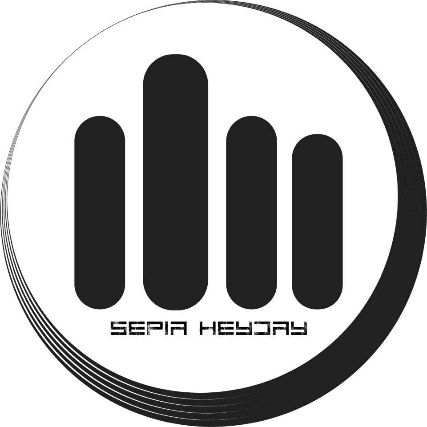 We're a band of 4 located in the rural outskirts of Oxford Ohio. We are currently on a mission to bring Rockabilly and punk to the tri-state area.
Gorrest Fump 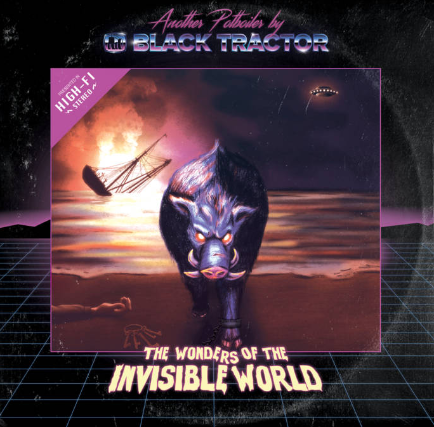 That being said, "The Wonders Of The Invisible World,” the new full-length LP, is out summer 2018.
Nervous Aggression 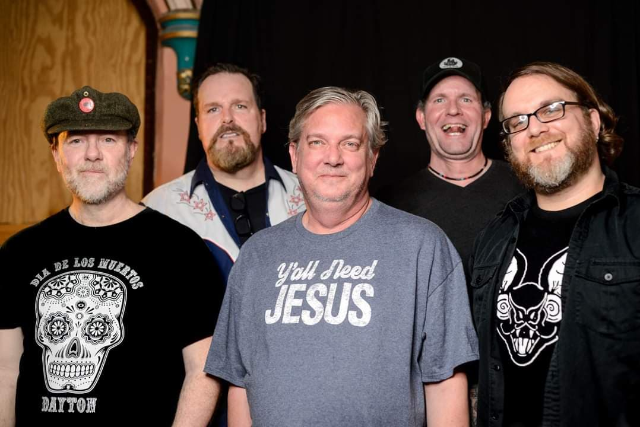 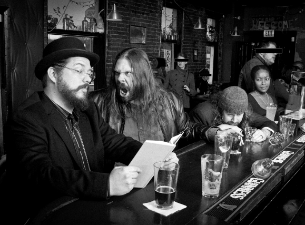 Hollering tales of murder, betrayal, debauchery, and long, dark Saturday nights of the soul. Stripped raw, bruised, and cracking a bloody, split-lip grin, The Shambles deliver a loud, belligerent style of demonic hill-stomp blues that almost . . . but not quite . . . betrays an air of subtle sophistication lingering just around the edges. “Rough garage rock & dirty basement blues that kicks you right in the gut bucket.” Whatever you call it, The Whiskey Shambles sure enough get asses shakin and heads rockin — and that ain’t no half-steppin! This is the hard part, nephew. Whooooo well well.


The Tale
One day and many moons ago, Brother James rolled up to Nathan on the street: “Hey, man, I was thinking we should do a heavy garage blues band. And drink. You wanna make with the deep pipes, the guitar, and the face?” Nathan shot back: “Sho ‘nuff.” Several years later they were still drinking, listening to, and talking about music, but hadn’t actually played a note together. Finally they sobered up enough to put together some originals. Nathan then woke up his old pal Aaron and said: “You wanna get drunk and pound on stuff?” Aaron explained that he was already drunk, so they handed him some sticks, and thus The Whiskey Shambles were born.

While recording their first studio album, they were drawn to Miss LaTanya’s angelic voice, and after just one session the boys begged LaTanya to join the group. Bringing both her sassy stage presence and classical training to the mix, she simultaneously saved them from mutually assured destruction and raised the collective sobriety level of the group, slightly. And thus The Shambles were complete.

More recently, Aaron has been feeling the ravages of time and self-abuse, and after several shoulder surgeries, is on the road to recovery. In the meantime we fell in with a hip skins man, Tim, who we’ve decided to Shanghai and keep around after Aaron’s back on the kit. In addition to occasionally filling in on drums, Tim will be playing a myriad of roles, from organist, to percussionist, to vocalist… that’s a lot of -ists, but we think he can handle it.

The Now
The Whiskey Shambles are currently working their way through the dive bars and juke joints of the Midwest and Rustbelt, with occasional trips to more exotic locales, like Nashville or Buffalo, New Orleans or Asheville, Atlanta or NYC. They won the 2014 Northeast Ohio Blues Challenge, and represented Northeast Ohio at the 2015 International Blues Challenge in Memphis. The band headlined two showcases at the 2015 Millennium Music Conference near Philadelphia, and were invited to showcase at the 2015 Singer-Songwriter of Cape May conference in southern New Jersey, and the 2015 NXNE conference in Toronto.

In 2012 The Whiskey Shambles released the EP, “Live at Mad Frog.” September 2014 saw the release of a second live EP, “Stumbling Toward Beale Street.” Their first LP “Loose Change for a Broken Man” was released in November, shortly thereafter was named #23 on WNKU’s Top 89 Albums of 2014, and is getting regular airplay on college and AAA radio stations. The Shambles are already working on their second full-length album, with plans to release it in spring of 2016. 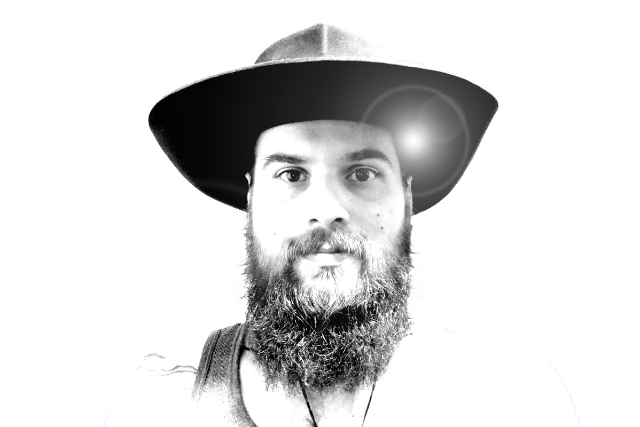 Down to hell and back again is one way to put the feeling behind a lot of the songs currently coming from Dead Man String Band fronted by Northern Kentucky's Rob McAllister. With songs of loss, persistence, and a little tongue in cheek.
Dead Man String Band has headlined the stage at Fountain Square (Cincinnati), played Bunbury Music Festival, headlined the CincyMusic Relaunch Party (2016), and is a staple in the Northern Kentucky and Cincinnati Music Scene.