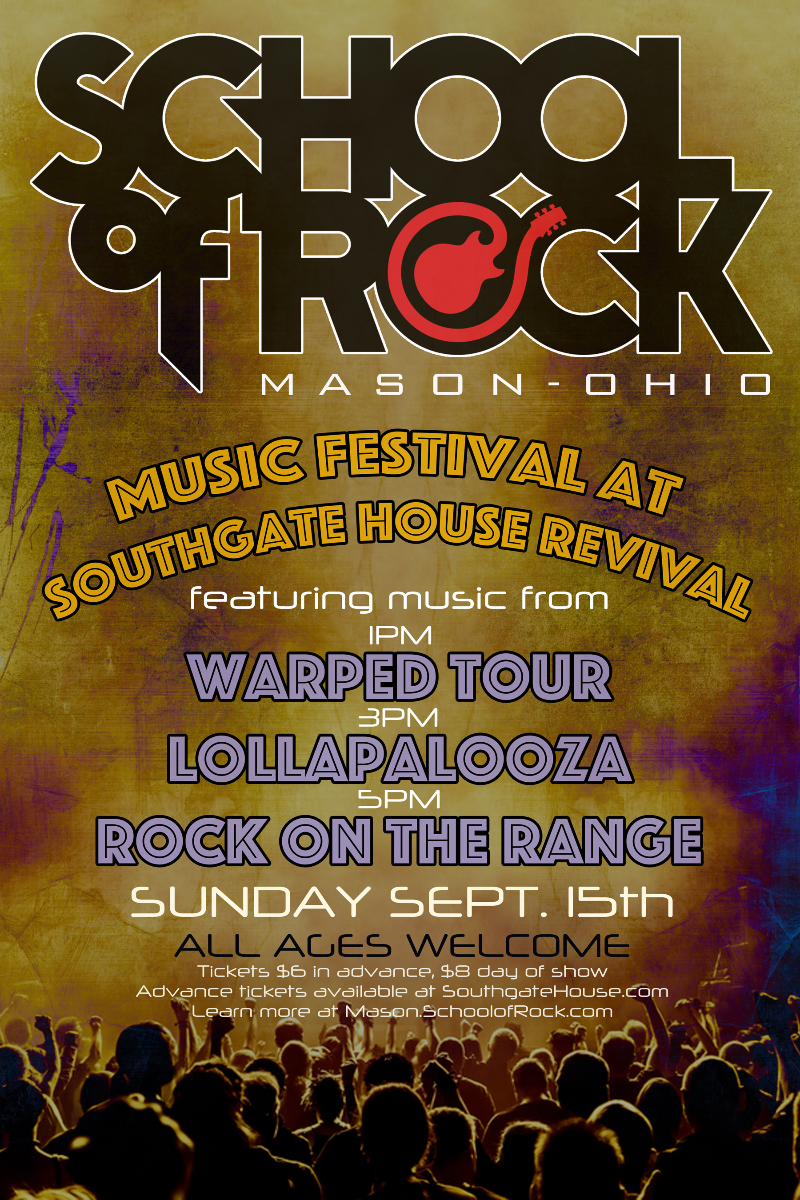 $6
Come out to see some of the best young musicians in the Cincinnati area. School of Rock Mason is putting on a music festival in the Sanctuary on Sunday September 15. The fun begins at 1pm when a group of students present music from The Warped Tour. Another group will follow at 3pm with music from Lollapalooza. A third group will close out the festival starting at 5pm with music from Rock on the Range. A ticket is good for all shows.

School of Rock Mason opened in 2012 to teach music to kids and adults through one-on-one instruction and group performance programs. Since opening, it has mounted more than 300 performances including more than 200 performances of seasonal shows such as Warped Tour, Lollapalooza, and Rock on the Range. Its House Band, a select band of some of the school’s best young students, has performed more than 120 times at such venues as Fountain Square, The Rock and Roll Hall of Fame in Cleveland, and Summerfest in Milwaukee, the world’s largest music festival.
School Of Rock Mason 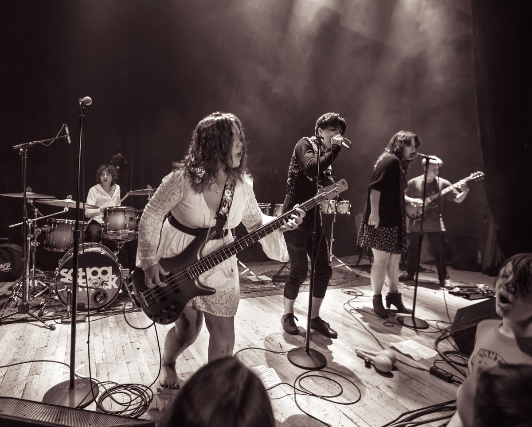 School of Rock Mason is a performance-oriented music school that opened in 2012. Since then its students have put on more than 70 different shows, with new shows performed every four months. The school offers lessons, performance programs, summer camps, and workshops for kids and adults. It has programs suitable for beginning to advanced students.