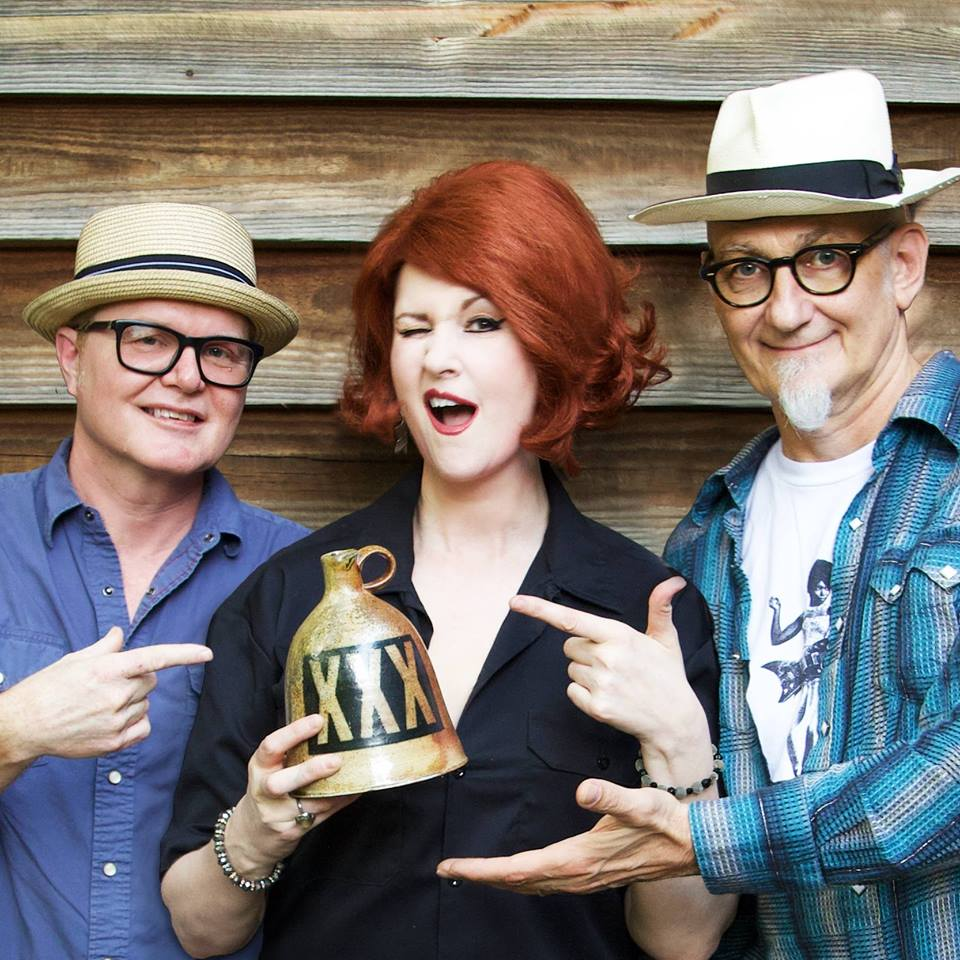 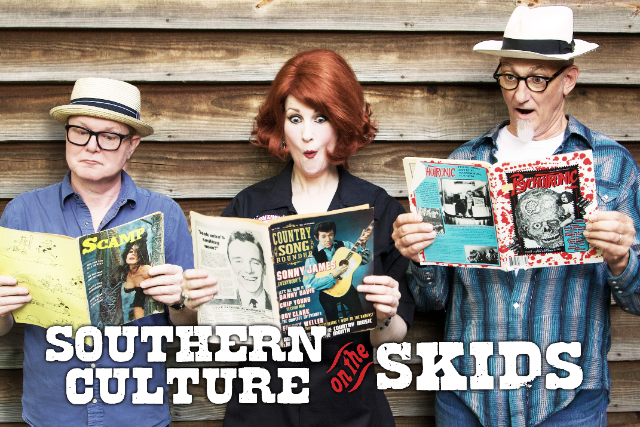 Southern Culture On The Skids has been spreading the rock and roll gospel since since they formed in Chapel Hill, NC in1983. Guitarist/singer Rick Miller, drummer Dave Hartman and bassist/singer/heartbreaker Mary Huff, play a greasy mix of surf, rockabilly, R&B and country-fried garage with a side of psych, all the while driving fans into ecstatic, sweat-drenched paroxysms of joy. It’s a musical gumbo Miller calls, “Americana from the wrong side of the tracks.” The band has been prolific and ubiquitous for over thirty years, touring everywhere from the North Carolina Prison System to Mt. Fuji, Japan and delivering what Rolling Stone calls “a hell raising rock and roll party.”

In 2014 the band was honored by the Southern Folk Life Collection at the University of North Carolina Chapel Hill with an exhibition featuring their music and cultural contributions. The flame-adorned La-Z-Boy from the cover of their Plastic Seat Sweat LP now resides at UNC-CH!