Please ensure Javascript is enabled for purposes of website accessibility
The Shootouts, Steel Blossoms
The Southgate House Revival - Sanctuary
Ages 18 and Up 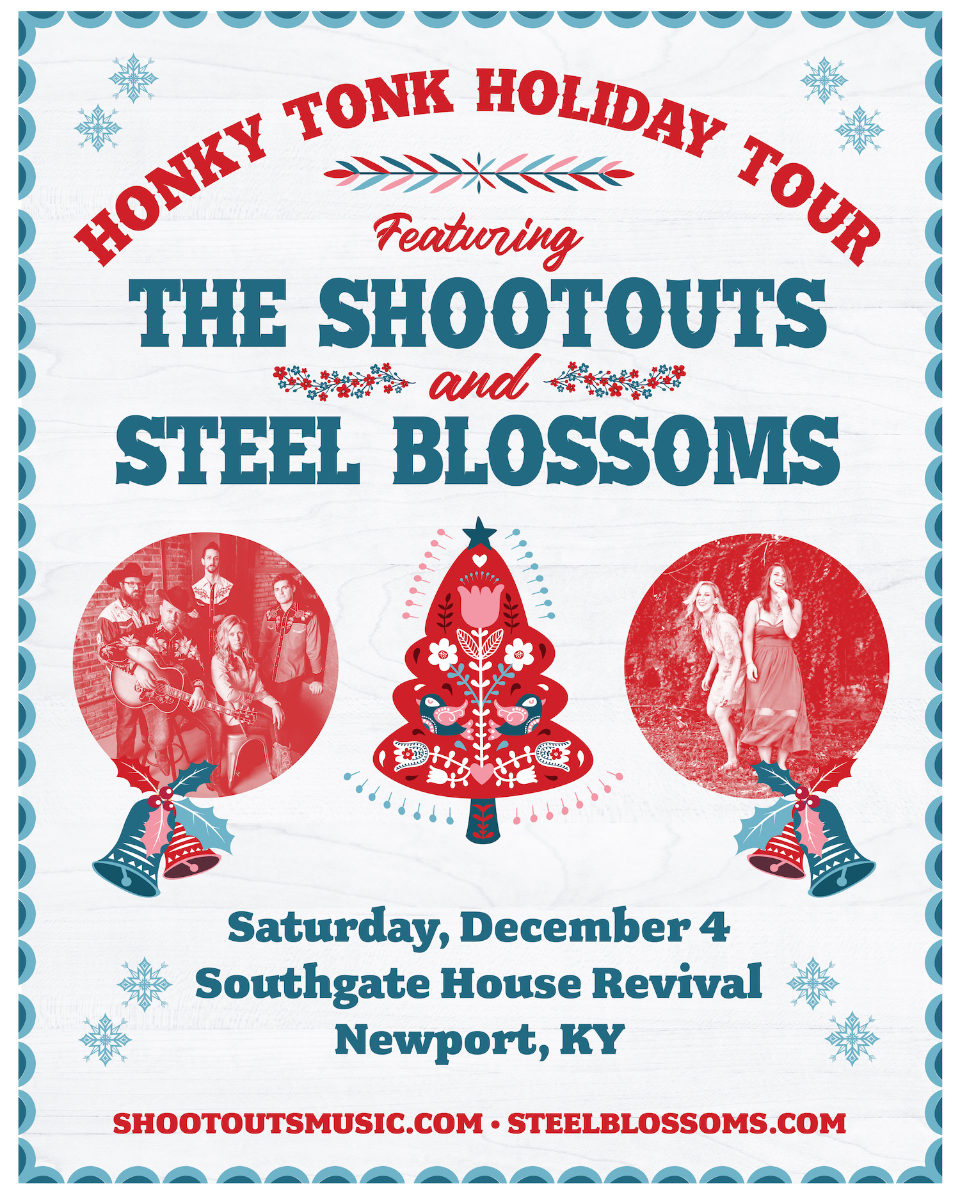 $15.00
In accordance with CDC guidelines, and so that we may all enjoy live music, masks are strongly recommended when attending events at SGHR. COVID protocols will be in place.

The Shootouts are known for their energetic blend of honky-tonk, Americana, and traditional country. After releasing their acclaimed 2019 debut Quick Draw, the band charted Top 50 on Americana radio and in 2020, were nominated for an Ameripolitan Music Award for “Best Honky-Tonk Group.” They have shared the stage with luminaries Marty Stuart, Jim Lauderdale, the Nitty Gritty Dirt Band, Radney Foster,Sheryl Crow, Chris Isaak, and many more.Produced by Grammy-nominee and BR549 founder Chuck Mead, their new album Bullseye ranges from catchy pedal steel-filled numbers (“Everything I Know”) to two-step worthy tunes (“Here Come The Blues”) to never before recorded fan live favorites (“Rattlesnake Whiskey” and “Saturday Night Town”).
Released April 3oth, 2021, Bullseye has been praised by a range of outlets including Rolling Stone Country, American Songwriter, Wide Open Country, The Boot, and The Bluegrass Situation, amongst others. The album has currently spent over nine weeks on the Americana Music Association Top 30 album chart, including three weeks in the Top 10.
The Shootouts