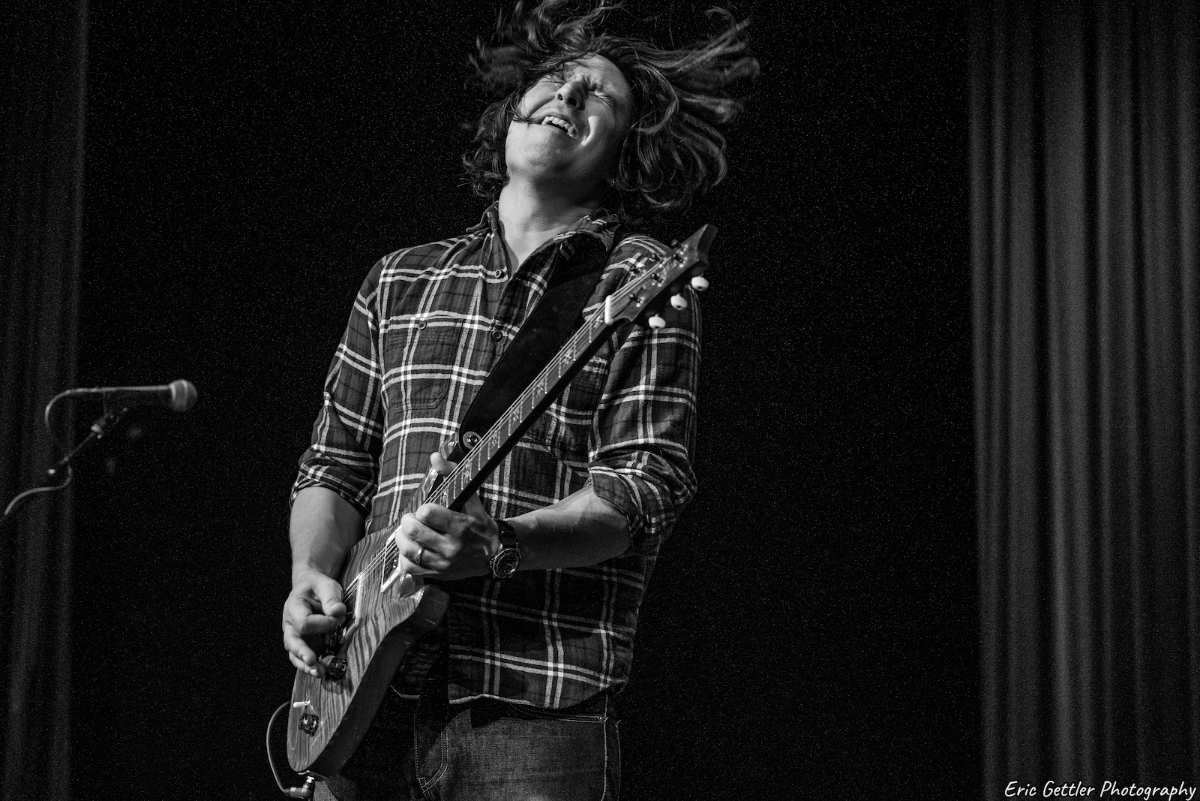 “DAVY KNOWLES HAS IMMERSED HIMSELF IN THE STYLES OF MANY GREAT PLAYERS, EMERGING WITH HIS OWN BRAND, AND PLAYING WITH A SMILE ON HIS FACE. ” – BERNIE MARSDEN

THE OUTSIDER – “A LONG AWAITED ALBUM FULL OF GEMS “– BLUESDOODLES. 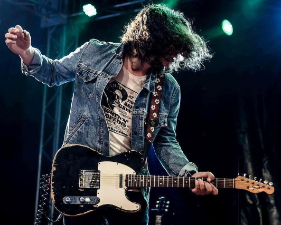 “DAVY KNOWLES HAS IMMERSED HIMSELF IN THE STYLES OF MANY GREAT PLAYERS, EMERGING WITH HIS OWN BRAND, AND PLAYING WITH A SMILE ON HIS FACE. ” – BERNIE MARSDEN

THE OUTSIDER – “A LONG AWAITED ALBUM FULL OF GEMS “– BLUESDOODLES.

FORMER BACK DOOR SLAM FRONTMAN DAVY KNOWLES IS BACK OUT TOURING IN SUPPORT OF HIS LATEST STUDIO ALBUM “THE OUTSIDER”, HIS UPCOMING FILM DOCUMENTARY “ISLAND BOUND” AND A SERIES OF NEW BLUES RECORDINGS SCHEDULED FOR RELEASE FROM Q1 2016. In addition to prolonged radio and digital media campaigns, from May 2015 Knowles will hit clubs and festivals across the USA, including residencies at The Iridium, NYC and in his adopted home-town of Chicago, a string of dates with Brian Setzer and George Thorogood and on Joe Bonamassa’s prestigious ‘Blues Alive At Sea’ cruise in February 2016.

The journey began for Davy Knowles growing up in the Isle of Man, learning to play guitar from listening to the likes of Gallagher, Clapton, Knopfler, Green and Mayall in his father’s record collection, and honing his skills playing the local music circuit. Knowles's professional career started with a bang – arriving in America age 19 with his band Back Door Slam, an acclaimed debut album, and rave reviews at SXSW 2007. (“I heard the spirit of Jimi Hendrix “-- Patrick MacDonald, Seattle Times). From that dynamic introduction, Knowles proceeded to make a significant impact across US media – from memorable TV performances on Jimmy Kimmel and Good Morning America, to a three year run at radio with the singles 'Come Home' from the debut album Roll Away and 'Tear Down the Walls' and 'Coming Up For Air' from the Peter Frampton produced sophomore album – both albums Top 3 Billboard Blues Chart. “Davy already has a recognizable style. He’s definitely the gunslinger guitarist of the 21st century,’’ – Peter Frampton

A relentless 4 year tour regime followed for Knowles in support of his albums, taking in legendary festivals Lollapalooza, Memphis In May, Bonnaroo, and Austin City Limits and headlining shows at The Troubadour, Red Rocks, World Cafe and The Iridium. He also toured with Jeff Beck, Buddy Guy, The Who, Warren Haynes, George Thorogood, Peter Frampton, Joe Bonamassa, Kid Rock, Lynyrd Skynyrd, The Rhythm Devils, and the Satriani/Hagar inspired supergroup Chickenfoot. “It’s an incredible, inspiring education to play with musicians and artists of that caliber” – DK.

Other highlights from this period include playing live to Astronauts on the ISS from mission control in Houston – one of only a handful of artists to be invited to do so – three tours of the UK and Europe and numerous international festivals including Jakarta, Tokyo, and Perth, Australia.

In 2011 Knowles's song Reach Higher was the official anthem for the Youth Commonwealth Games, and in 2012 his 'birthday' tribute to Woody Guthrie – a stunning electric version of Pastures of Plenty – was released in aid of “WhyHunger?”

In 2014 as Ambassador for the Isle of Man's “Year of Culture” he played the International Celtic Festival in Lorient, France, and that same year began filming the documentary Island Bound – tracking the migration of Celtic and European folk music with the early settlers to the British Colonies. With input from a host oflocal Manx and international artists, including Richard Thompson and Martin Simpson, Davy demonstrates how this music was preserved and passed down through generations, evolving into Bluegrass, Folk, Country and Americana – and ultimately influencing the blues and rock music of today.

From the very start Knowles earned the respect of fans, media and musicians alike, including some of his own musical heroes such as the aforementioned Peter Frampton, Joe Satrianni, and Warren Haynes. British Blues Legend, Bernie Marsden (Whitesnake, Moody Marsden Band) is another fan - “Davy Knowles continues to amaze me – he's still so young and yet he plays, writes and sings with such maturity. He's immersed himself in the styles of many great players and has emerged with his own brand, playing with a smile on his face. He's a rare bird, one I will continue to watch and study”.

Throughout this musical journey, Knowles has kept 'the blues' close to his heart; “I love the guitar as an instrument, it’s so versatile and endlessly challenging, but whilstI will try play any style to meet that challenge, blues is the music I first fell in love with, and I have always connected deeply with it. I enjoy playing the historian, and am fascinated by all facets of the genre, from the earliest field recordings, to the more recent guitar gods that electrified and supercharged this music. It’s from all along this timeline that I like to draw influence from.” 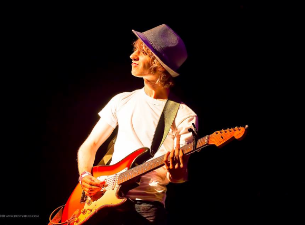 The Noah Wotherspoon Band hails from Cincinnati, Ohio. Wotherspoon has been immersed in the blues and mesmerizing audiences with his soulful guitar playing since he was a teenager. The band, which includes Rob Thaxton on bass and Brian Aylor on drums, formed in 2009. In 2015, Wotherspoon received the Best Guitarist Award at the International Blues Challenge and the band placed 2nd in the Finals. Since the competition, they have been playing festivals and venues around the world, from the Mt. Baker Blues Festival in Washington to the Olsztyn Blues Nights Festival in Poland. The band's debut studio album entitled "Mystic Mud" was also presented a "Jimi Award" for Best Blues/Rock Album of the Year in 2015 by Blues411.