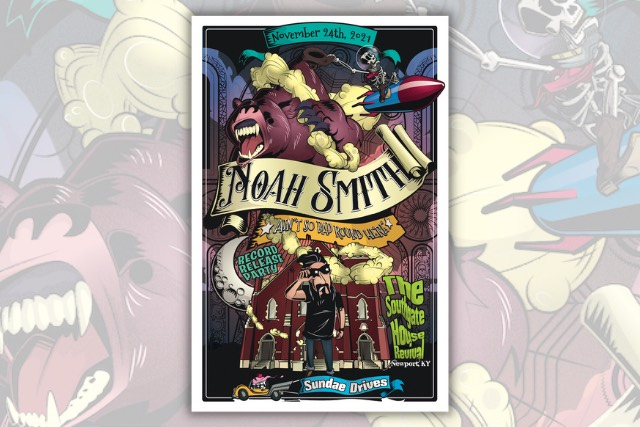 In accordance with CDC guidelines, and so that we may all enjoy live music, masks are strongly recommended when attending events at SGHR 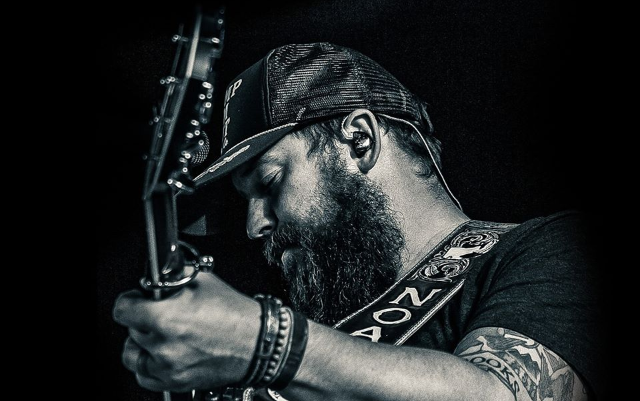 Noah Smith grew up exploring the endless trails of woods and still waters of Brown County, Ohio. At a very young age Noah knew music would be his life’s path. Cereal bowls turned into drum sets, endless hours of garageband practices, and an insatiable ambition that lyrics and melodies could transcend it all would be early indicators of his life filled with music. As a songwriter and a performer Noah was influenced by a wide array of musical influence such as Paul Simon, Johnny Cash, Alan Jackson, to bands like Brand New, Taking Back Sunday, and Death Cab for Cutie. Humbled by the impact these greats left on his life he often reflects on a modified version of his favorite Sir Isaac Newton quote, referring to himself as a boy who has “walked on the shoulders of giants.”

As his story continues Noah Smith has now had opportunity to share the stage with some of the industry’s most talented Artist such as Josh Turner, Cassade Pope, Steve Miller Band, David Alan Coe, Aaron Tippin, Reckless Kelly, Crystal Bowersox, Levi lowery and Andrew Combs. Noah has continued to grow and flourish as an artist. Lyrically Noah creates a simple home for his listeners to briefly escape to. Musically his energy and presence on stage impacts rooms large and small. ​Touring regionally with several bands over the years, Noah has found himself a home away from home in music city. Lately Noah finds himself writing on a weekly basis out of Nashville, TN. His music is a capsule of childhood faith, ambition, a little bit of love, God's good word, and the uphill climb to living an American boys dream.

“No matter what the sounds, I was putting on my homemade mix tapes, there was always a story involved. Lyrics mattered most to me, if Ohio is the melting pot of the country? My mixtapes were cassettes patchworked together with the same sonic landscape. I can only hope my songwriting does the same.”

Noah is a graduate of the University of Cincinnati College-Conservatory of Music with a degree in Electronic Media, Music Production and Audio & Video Design. It was during college while building life experiences, Noah’s songwriting began to flourish. Heart Ache, God's Blessing, and the devils conviction all found their way into his life and the lyrics he penned. After deciding to go out on his own and start his solo career, Noah received numerous accolades including Nominations for Best Live Act, Best Country Artist and Artist of the year 2016 Cincinnati Entertainment Awards. Noah has several releases on various Media Outlets and is currently touring 10 states throughout the midwest.

With God given talent and natural musical inclination, Noah’s old soul, deep thinking, and love for lyrics led him to an aggressive path of writing songs, everyday simple prose and melody immediately found their way into storytelling at its best, songwriting. 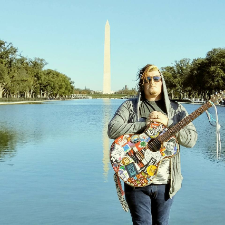 Sundae Drives is an Acoustic driven Soul / Pop / Hip Hop / R&B act from the east side of Cincinnati, Ohio featuring singer - songwriter Adam Lee. Known for his unique sound and intense yet intimate live performances, SD plays a raw, stripped down & creative style of music. Through unorthodox guitar playing and melodic vocals infused with organic percussion, emotional keys and slick bass lines, Sundae Drives is sure to find a place in your heart.