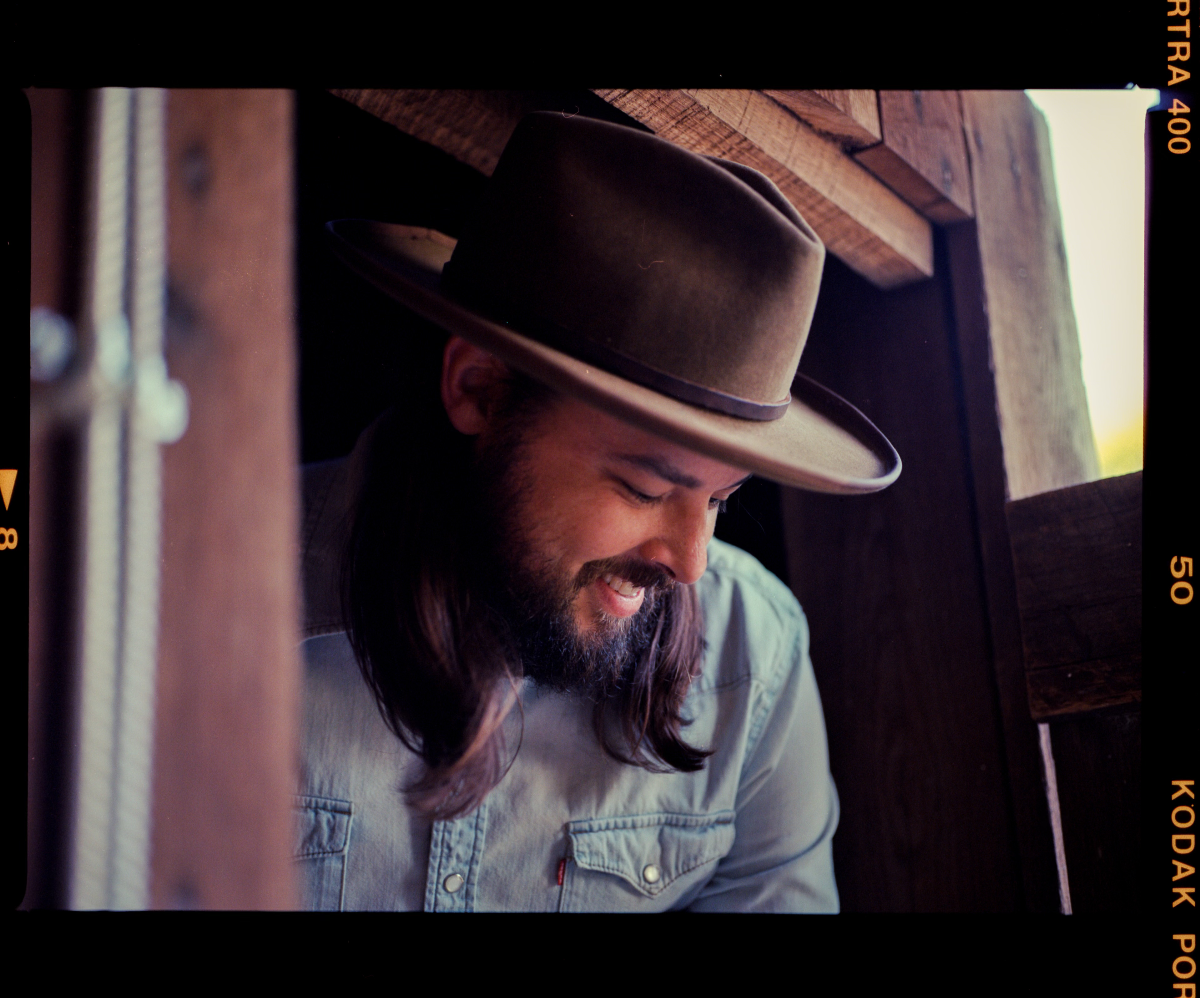 $15 adv/$20 dos
Buy Tickets
Forsythia, the latest studio LP offering from Caleb Caudle out 10/7/22 via Soundly
Music, is a portrait of his truest self, of the artist at his most solitary and reflective.
Thematically, it meets anticipation for the unknown future with nostalgia for the past,
and reconciles both with meditation in the present. The album was recorded at the
legendary Cash Cabin during the pandemic, and inspired by the solitude and symbols
Caudle found in nature during that time. It’s produced by John Carter Cash, and
features veteran session players Jerry Douglas, Sam Bush, Dennis Crouch and Fred
Eltringham, and the vocal talents of Carlene Carter, Elizabeth Cook and Sarah Peasall
McGuffey. Simplistic arrangements– in which Caudle was the only guitarist– built a
framework for space that is filled intentionally so that the songs themselves can be
heard and appreciated without an overcrowding of instrumentation. On this record,
outsider influences come into play nearly as much as his foundational knowledge of
traditional Appalachian folk and other music history. This collection of 10 songs serves
as a manifesto of Caudle’s beliefs and simplest desires. Forsythia sees Caudle as a
master of his craft as a songwriter and musician.
Caleb Caudle 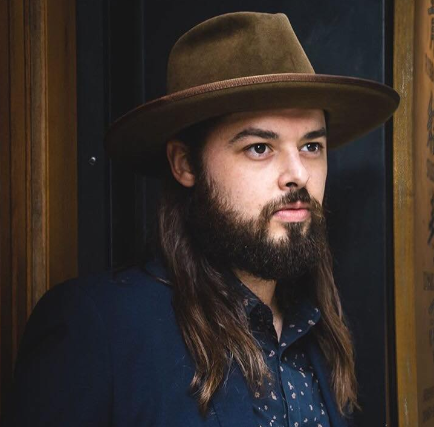 Forsythia, the latest studio LP offering from Caleb Caudle, is a portrait of his truest self,
of the artist at his most solitary and reflective. Thematically, it meets anticipation for the
unknown future with nostalgia for the past, and reconciles both with meditation in the
present. It paints a vision of who Caudle was, is and will hopefully be someday. The
album, recorded at Cash Cabin and produced by John Carter Cash, features acclaimed
session players Jerry Douglas, Sam Bush, Dennis Crouch and Fred Eltringham, and the
vocal talents of Carlene Carter, Elizabeth Cook and Sarah Peasall McGuffey. Due to
circumstances beyond his control, Caudle saw Forsythia as possibly his final album,
and somehow turned that fear of the unknown into his most meticulous and expertly
crafted collection of songs to date.
On his last release, Better Hurry Up, Caudle found himself feeling like time was moving
too fast. For nearly a decade, he was consistently writing, recording and releasing new
material then touring it around the world while working on the next project. The hustle of
being a musician left little time to pause and think ahead further than the next album
cycle. In 2019, he and his wife left their home state of North Carolina to move to
Nashville. He jumped in and began working with bucket-list collaborators at his dream
studio, the Cash Cabin, shortly after their arrival. By early 2020, with a new home base
in a community of musicians, a few years of sobriety under his belt and the release of
his best album yet imminent, Caudle was prepared for the next phase of his career. But
a few days before Better Hurry Up came out, a devastating tornado ripped through
Nashville; a week later, just before he was set to depart for a lengthy tour, the world
went into lockdown.
“At the time I had no idea just how much work would get taken away,” explains Caudle.
“It took awhile to come to terms with but I knew I needed to turn my focus to the things
that made me feel normal. Hiking and writing became a daily routine as I learned the
importance of living in the present.”
For the first time in a long time, he had nothing but time. The couple moved back to the
mountains of North Carolina for the duration of the pandemic, where he spent most of
his time in the woods– hiking, observing, thinking. He considered many things he hadn’t
before, like where he wanted to eventually be in life and at the end of his career. His
attunement to nature opened him to channel the muse, penning his simplest desires
into song. On these hikes, and in his songwriting, oak trees represented memories of
pocket knives and toy slingshots bought from the general store on the rural road he
grew up on; and blooming, bright yellow forsythia bushes became omens, much like
their use as a symbol for “anticipation” in literature and folklore.

“The natural world has always shown up in my lyrics but with these songs I felt that get
magnified,” says Caudle. “The beauty and force of it all became sacred to me. I felt
unplugged from the hustle and free to pay close attention to the details and it completely
changed my approach to life.”
As uncertainty for how to earn a living as a musician in a world with no live music
loomed, Caudle decided to make what he thought could be his last album. He took John
Carter Cash up on his offer, made over a fishing trip, to produce his next record. John
Carter Cash recruited Jerry Douglas and Sam Bush to play on the sessions alongside
Dennis Crouch and Fred Eltringham. Caudle asked previous collaborators Carlene
Carter and Elizabeth Cook to sing alongside him. The carefully selected group gathered
within the holy walls of Cash Cabin, surrounded by instruments, photos and artifacts
from the family. The perfect alchemy of self-reflection, powerful songs and support from
a room full of Nashville’s top musicians gave Caudle the confidence to record an album
he would be happy with, even if he never had a chance to make one again. He’s an
artist who has always done things his own way. While he draws influence from the
legendary lineage of country musicians whose presence can be felt in the Cash Cabin,
he’s never set out to write recreations of Carter Family or Johnny Cash songs– or
replicate sounds from country music’s past. On this record, outsider influences come
into play nearly as much as his foundational knowledge of traditional Appalachian folk
and other music history. Simplistic arrangements– in which Caudle was the only
guitarist– built a framework for space that is filled intentionally so that the songs
themselves can be heard and appreciated without an overcrowding of instrumentation.
“I knew I had to bring the best 10 songs I could possibly write,” Caudle says. “I had
been singing into my phone for a year and a half, not playing music with anyone. The
first time I played with other musicians again was with Jerry, Sam, Dennis and Fred. I
wish I could bottle that feeling up and sell it. It was pure magic and exactly what I
needed.”
Forsythia is a collection of 10 songs that form a manifesto of Caudle’s life philosophy.
It’s calming, reconnecting and soothing and moves at a natural, unhurried pace. “I Don’t
Fit In” and “Red Bank Road” provide biographical context, while songs like “Crazy
Wayne” and “Tears of Savannah” step into the shoes of off-kilter characters. “The
Gates,” co-written with John Carter Cash, is a foreboding folk ballad exemplary of
Caudle’s ability to evoke the past with a modern touch of polish. “Shattered Glass” and
“Through My Hands” emotionally process bad circumstances, dark tendencies and
negative habits. The album’s title track does what all the best country songs do–
describes a specific moment vividly, accessibly and with the slightest touch of

melancholy. “Bright as a forsythia bush in bloom / when the light’s right / early April / late
afternoon,” Caudle sings. The album finds beauty in simpler times and, though it
explores a lifetime of lessons, maintains a childlike sense of hope and contentment with
life as it is.
Eric Bolender 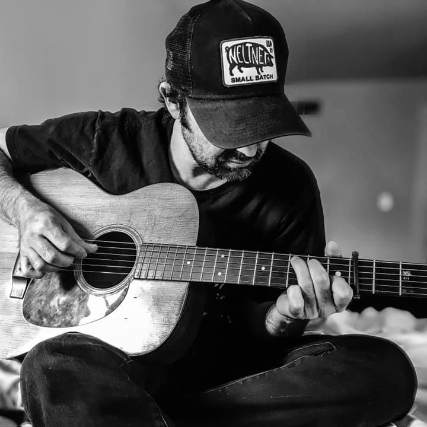