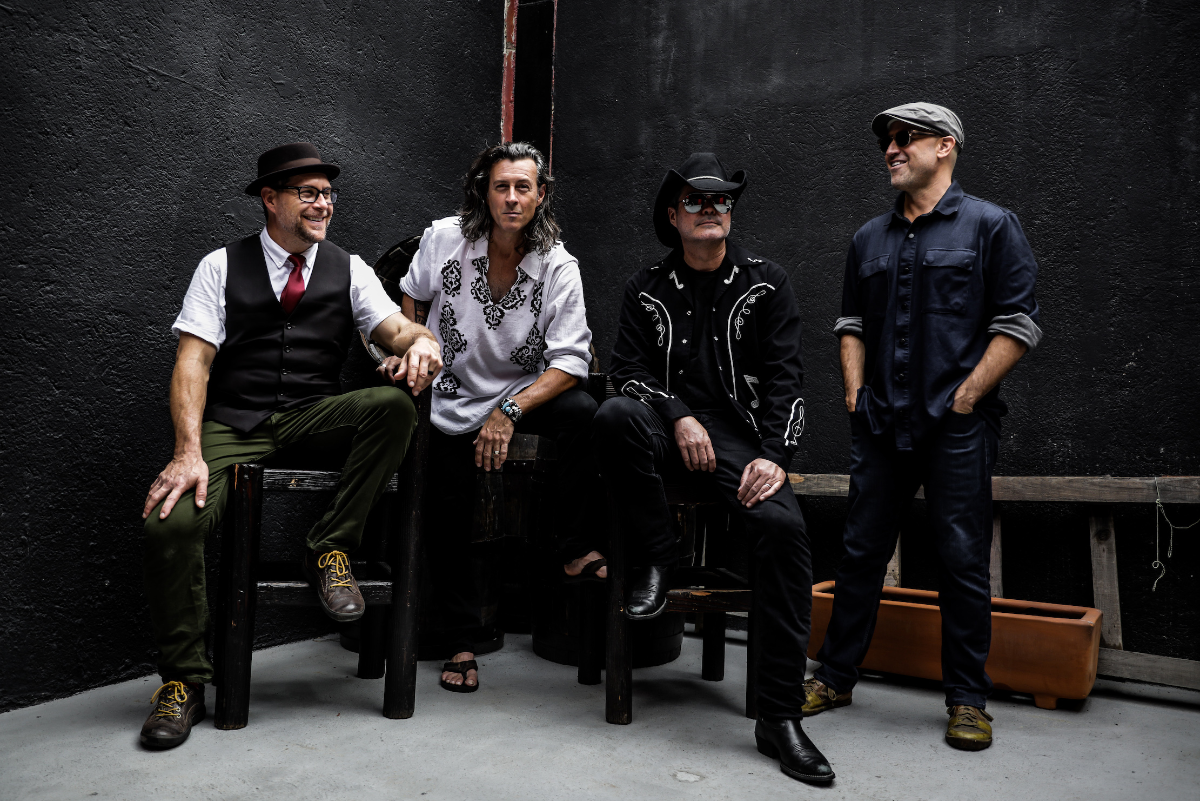 “Here’s to life!” Fans around the world can be found singing the chorus of the Roger Clyne-penned fan favorite “Mekong” and toasting their glasses in unison to celebrate life through rock-n-roll. But the inspiration for the song dates back to the time Roger went to Taipei, Taiwan, as a college student to teach English during the day and busk with his guitar at night for money.

Today, as Clyne prepares to record his 11th studio album, he continues to transform his life experiences, inspirations, observations and his own muses into timeless music.  And whether he’s wearing his Converse high tops, boots or sandals, Clyne’s blend of punk rock, country-western and mariachi influences have made him, drummer PH Naffah, guitarist Jim Dalton and bassist Nick Scropos – collectively known as Roger Clyne & The Peacemakers – one of America’s best live rock-n-roll bands.

Starting with the seminal Tempe quartet, The Refreshments, Clyne and Naffah put the fun in rock during the 90s grunge era with a sense of humor. They also started what would become a trademark sound on all future albums by adding mariachi horns, something Clyne was influenced by while in college studying Cultural Anthropology with an ethnography study of mariachis during a three month immersion stay with a local family in Ensenada, Mexico.

The Refreshments’ debut album, “Fizzy, Fuzzy, Big & Buzzy,” became a cult classic. It produced the alternative radio hit “Banditos” which also had significant airplay on MTV and earned The Freshies an appearance on The Conan O’Brien Show. Clyne then penned and performed the theme song for the Mike Judge animated TV series, King of Hill.  In 2017, Here’s to Life: The story of The Refreshments, was released. The feature-length documentary was a hit with fans and critics alike